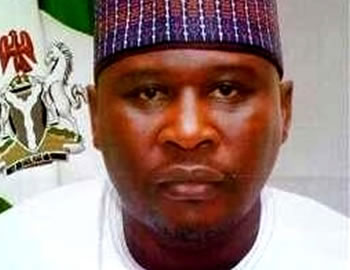 Gov. Ahmadu Fintiri of Adamawa on Monday said that his administration had resumed the feeding programme for boarding students in secondary schools across the state.

Fintiri made this known in Yola while receiving members of the African Democratic Congress (ADC) led by its gubernatorial candidate for 2019 general election, Sen. Abdul-Azeez Nyako, who paid him a solidarity visit.

According to him, the feeding programme has resumed in nine schools and would soon be extended to cover all the 52 boarding schools in the state.

The News Agency of Nigeria (NAN) reports that the feeding programme was suspended by the last administration.

The governor also announced that parents would no longer pay for school fees as from September 2019.

“Our plan is to make sure that government schools can compete with private schools in terms of the quality of education in the state.

“We are also going to recover all school lands encroached by some people,” Fintiri said.

The governor lauded the ADC for its commitment to collaborate with his administration in moving the state forward adding that he was ready to take advice from all citizens of the state irrespective of a political party.

”I will give anyone with the positive contribution the opportunity to come and serve in the administration.

While reiterating his commitment to security and empowerment, the governor said that so far, 68 suspected kidnappers and 250 members of the notorious “Shila Boys” terrorizing residents of Yola had been arrested.

Earlier, Abdul-Azeez Nyako, who is also the leader of ADC in Adamawa, said they were in the Government House to identify with the PDP led government for carrying them along in its activities.

Nyako advised Fintiri on the need to resuscitate the state grassroots empowerment programme introduced by ex Gov. Murtala Nyako in a bid to address the rising problem of drug abuse among youths in the state.

“We need to address the issue of poverty which goes hand in hand with insecurity.

“When you were the Speaker of Adamawa Assembly, the then Gov. Murtala Nyako with the support of the legislative arm introduced special policies of grassroots empowerment that was effective then, hence the need the to revive such policies.

“ADC as a party want to assure you of our support; we will not heat up the polity for you,” Nyako said.

The News Agency of Nigeria (NAN) reports that the delegation of ADC also comprised its state chairman, Alhaji Yahaya Hammanjulde and the party only lawmaker in the state Assembly, Mr Ibrahim Musa who is representing Mayo-Belwa Constituency.