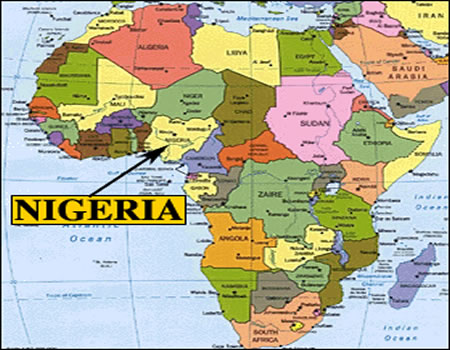 Acting on the climate remains firmly on the global agenda. It remained a top priority for all but one of the G20 leaders who gathered in Germany this month. That is because it is increasingly clear that strong action is in the economic self-interest of countries at all stages of development. Climate investment opportunities in emerging markets could be as much as $23tn by 2030. National governments, states, cities and businesses are all seeing the opportunities of climate action, from employment to investment and from smarter growth to a cleaner, healthier future for all.

Take jobs, where climate action could generate a veritable bounty of clean energy employment. Globally, 62 per cent of renewable energy jobs are already in Asia, with 3.6m jobs in China alone, according to the International Renewable Energy Agency. China expects to create 13m jobs in the renewable energy sector over the next four years. Across the African continent, forays into the clean energy industry have been promising, with renewables already providing 62,000 jobs and much potential ahead.

Algeria, for example, created 3,500 jobs in the construction of 14 grid-connected solar PV projects in 2015, with 700 permanent jobs expected in operation and management. Kenya is building Africa’s largest wind farm at Lake Turkana, planned to be fully operational later this year. Its construction has created more than 2,000 local jobs since October 2014.Overall investment in sub-Saharan Africa, particularly for clean energy, represents a $783bn opportunity.We are also particularly well placed to take advantage of cheap and plentiful resources from the sun and wind. The potential for renewables in sub-Saharan Africa stands at about 1,100 gigawatts of solar capacity, 350 gigawatts of hydropower and 109 gigawatts of wind.This would be more than enough to meet future demand. Meanwhile, the cost of utility-scale solar in Africa fell 50 per cent from 2010 to 2014 and continues to fall. Further upstream, African countries could also capitalise on opportunities to get more involved in the production of low-carbon technology.

Rather than importing solar panels and wind turbines from elsewhere, Africa can establish itself as a green manufacturing giant.We shouldn’t let people just sell us items that we are well positioned to produce ourselves. Instead, we can lead in developing and producing the clean energy solutions we need. African cities can leapfrog the urban development challenges that other fast moving economies have faced. The population of Lagos, for instance, is set to reach 25m people by 2030. The city’s traffic congestion is already notorious, costing commuters 3bn hours a year from 2007 to 2009 and — in one memorable case — costing a man his marriage.But recent investment in bus-oriented transport infrastructure, with dedicated lanes for environmentally friendly mass-transit vehicles, has improved the situation considerably and at a fraction of what it has cost elsewhere. Getting our cities right and, in some cases, building them right in the first place will not only deliver economic benefits but will help us avoid the costs of sprawl, traffic congestion and debilitating air pollution that plague residents of Beijing or Delhi.

Rural economies matter just as much as our urban opportunities. And here too, positive actions are yielding solid results. Farmers in Niger, for example, using new agroforestry techniques benefited from increased grain production as well as increased gross annual income, going up by $1,000 per household for more than 1m households.Local communities in northern Ethiopia organised themselves to control livestock grazing and wood cutting on degraded plateaux and mountain slopes, allowing vegetation to regenerate naturally and making the region greener than it has been for well over a century.Large-scale initiatives are also delivering. AFR100, for instance, was launched in 2015 to bring 100m hectares of deforested and degraded landscapes across Africa into restoration by 2030. Within a year, 21 countries have signed on to committing 63.5m ha into restoration and more than $1bn in development finance and $545m in private investment have been secured.There should be no doubt — in developing countries the world over and especially in Africa — that the new climate economy of the future will bring benefits ranging from jobs in clean energy to improved air quality and more productive land. Staying the course will put us at the forefront of this green economic revolution. That’s a good place to be.

Ngozi Okonjo-Iweala is co-chair of the Global Commission on the Economy and Climate and chair of the Global Alliance for Vaccines and Immunization. She was previously finance minister of Nigeria and managing director of the World Bank.