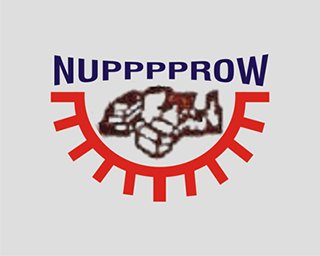 THE Association of Carbon and Wastes Recycling Dealers of Nigeria  (ACREWDON) has signed a Memorandum of Understanding (MoU) with the National Union of Printing, Publishing and Paper Products Workers (NUPPPPROW).

The President of  NUPPPPROW, John Ushie and the President of ACREWDON, Salisu Yarima, both commended the signing of the MoU, and expressed the belief that the efforts will help both parties and help resolve challenges facing their job performance.

While speaking, John Ushie said the affiliation of ACREWDON with the NUPPPPROW would give them teeth to bite and more power to agitate for their rights which they had been deprived before now.

Also, Salisu Yarima said the purpose of signing the MoU was borne out of challenges facing their association, as foreign companies had illegally taken over supply of waste cartons contrary to the government policy and President Muhammadu Buhari’s Executive Order.

According to him, unnecessary moisture deduction by foreign companies when raw materials are supplied to them is making them pass through unnecessary trauma, adding that this is resulting in a loss by their suppliers.

Yarima lamented that they had become financially handicapped due to a lack of capability and capacity to enforce the utilization of their avenues for revenue generation.

He further regretted that as a regulatory body, they don’t have the capacity to fix prices and make room for business uniformity due to lack of harmonious relationship with foreign companies.

He stated that all efforts to deal with all these challenges have proved abortive as they don’t belong to any union to fight their cause, noting that joining NUPPPPROW became a necessity in order to surmount their travail in the hands of foreign companies.

“Our prayers here are for the intervention of NUPPPPROW and other relevant government agencies to advise or curtail foreign companies’ participation in the industries premises in Ogun and Kano States respectively,” he stated.

However, Yarima revealed that the body was on the verge of recording tremendous success with the Federal Ministry of Trade and Investment on the menace of foreign companies illegally taking over their business.

According to him, the Minister has directed some officials to visit all the collection centers in Lagos and Kano States to assess the capacity and the capability of indigenous suppliers to take over the supplies and transmit the raw materials to industries in Ogun state.

He added that the move is to enable Nigeria citizens suppliers to participate easily in the business circles of wastes collection from markets and waste collection centers and supply to the foreign companies in their industries which is in line with President Buhari signed Executive Order.