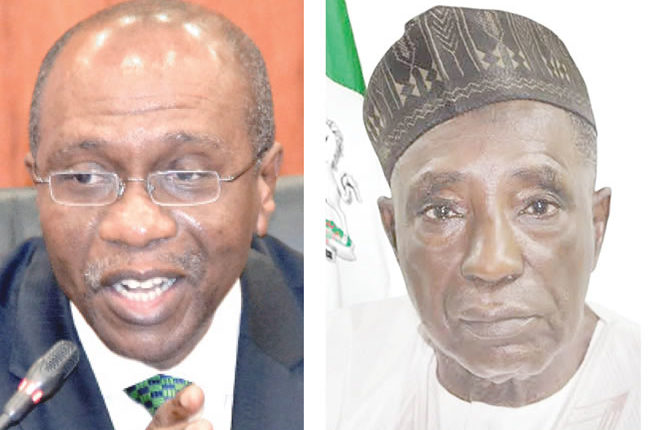 For years now, the Central Bank of Nigeria (CBN) has emphasized its desire to make the country a net exporter of agricultural products and ensure food security. It continues to underscore this determination by providing an easy source of funding for the agricultural value chain. SANYA ADEJOKUN looks at the latest of such efforts which increased the capital base of Agricultural Credit Guarantee Scheme (ACCGS) to N50 billion.

FOLLOWING President Muhammadu Buhari’s assent to the Agricultural Credit Guarantee Scheme Fund (ACGSF) Amendment Act on June 24, 2020, Central Bank of Nigeria immediately announced an increment of its share capital of the 42-year old scheme from N3 billion to N50 billion. The Act amended the ACGSF Fund Act Cap. A11 law of the Federation of Nigeria, 2004, to enhance the capital base, expand the coverage of the scheme, increase the size of the loanable fund, increase membership, and give more powers to the board and for related matters.

ACGSF commenced operation in 1978 with the purpose of enabling farmers to explore the untapped potentials of Nigeria’s agricultural sector, reduce inflation, lower the cost of producing food items, generate surplus for export, increase Nigeria’s foreign earnings as well as diversify its revenue base. At national level, the scheme operates through a Central Implementation Committee (CIC) while at the Federal Capital Territory (FCT) and state levels, the scheme operates through State Implementation Committees (SICs) instituted to ensure that the objectives of the scheme are realised without hindrance.

ACGSF became operational in April, 1978, with a share capital and paid-up capital were N100 million and N85.6 million, respectively. The Federal Government holds 60 per cent and Central Bank of Nigeria, 40 per cent of the shares. The capital base of the scheme was increased to N3 billion in March, 2001. The Fund guarantees credit facilities extended to farmers by banks up to 75 per cent of the amount in default net of any security realised. The fund is managed by the Central Bank of Nigeria, which handles the day-to-day operations of the scheme.

Between 1978 and 1989 when the government stipulated lending quotas for banks under the scheme, there was consistent increase in the lending portfolios of banks to agriculture, but after the deregulation of the financial system, banks started shying away by reducing their loans to the sector due to the perceived risk. In order to reverse the declining trend, several innovations and products were introduced. Some of these include the Self-Help Group Linkage Banking, Trust Fund Model and Interest Draw Back.

The new amendment Act, however, has completely revolutionized ACGSF by increasing the share capital to N50 billion and expanding its scope to financing the entire agricultural value chain. ACGSF Amendment Act 2019 now allows for the financing of production farm machinery, the implementation, and equipment for production, processing, storage, and transportation.  According to the CBN, the maximum for non-collateralized loans under the ACGSF Amendment Act, 2019, has been increased to N100,000 while the maximum amount for collateralized loans granted to individuals, cooperative societies, and corporate entities is now N50 million, up from N10 million.

The fund guarantees credit facilities extended to farmers by banks up to 75 per cent of the amount in default net of any security realised. The fund is managed by the Central Bank of Nigeria, which handles the day-to-day operations of the scheme. The guidelines stipulate the eligible enterprises for which guarantees could be issued under the scheme.

Upon his appointment in 2014, CBN Governor, Godwin Emefiele, identified agriculture financing as the way forward for the economy. He explained that part of its developmental role, the CBN has in collaboration with the Federal Government established the ACGSF for promoting agricultural enterprises in Nigeria.

The fund, he added, will complement other special initiatives of the apex bank in providing concessionary funding for agriculture.

In his five-year policy thrust, 2019 to 2024, following his reappointment, Emefiele gave particular attention to development of the agricultural sector. According to him, CBN will target its development finance, building on the success of its Anchor Borrowers Programme and other intervention programmes geared towards supporting the growth of the agriculture and manufacturing sectors.

He said the bank will “boost productivity growth through the provision of improved seedlings, as well as access to finance for rural farmers in the agricultural sector, across 10 different commodities namely: rice, maize, cassava, cocoa, tomato, cotton, oil-palm, poultry, fish, and livestock/dairy.

“Our choice of these 10 crops is driven by the amount spent on the importation of these items into the country, and the over 10 million jobs that could be created over the next five years if efforts are made to expand cultivation and processing of these items in Nigeria. We believe these measures will help to boost not only our domestic outputs but also improve our annual non-oil exports receipts from $2 billion in 2018 to $12 billion by 2023.”

And at a stakeholders meeting on the palm oil value chain in March 2019, Emefiele explained that the decision to revive the oil palm sector was part of CBN’s overall strategy to reduce reliance on crude oil imports, diversify the productive base of the economy, create jobs and conserve foreign exchange.”

To him, efforts at linking farmers with agro processors were necessary to prove that farmers were creditworthy individuals with bankable contracts. It will also help to unlock private capital flows from financial institutions to farmers, in order to enable farmers, meet orders from agro processors.

According to Emefiele, “there was no need to allocate scarce forex to rice importers when vast amounts of paddy rice of comparable quality produced by poor hard-working local farmers across the rice belts of Nigeria are wasted, and farmers are falling deeper into poverty at a time the government exports their jobs and income to rice-producing in overseas countries.

“A few decades ago, Nigeria was one of the world’s largest producers of palm oil but, today, we import nearly 600,000 metric tonnes while Indonesia and Malaysia combine to export over 90 per cent of global demand. Under these circumstances, I believe it is appropriate, and in fact, expected, that the CBN contributes to protecting the jobs and incomes of local farmers, using some of the same principles western economies use to justify the protection of their farmers through huge subsidies.”

Noting that agriculture remained the largest employer of labour, the CBN boss noted that the sector contributes about 24.2 per cent of Gross Domestic Product (GDP) and described as unacceptable that the greatest share of the demand for forex goes directly to importing agricultural produce.

“So, the CBN has both a direct and indirect rationale to ensure that this sector is revived in a significant way. In this regard, we are gratified that the CBN’s Anchor Borrowers’ Programme (ABP), together with other initiatives like the CACS and Nigeria Incentive-based Risk Sharing System for Agricultural Lending (NIRSAL), are proving to be successful in several states.”

He explained that in Kebbi State alone, over 78,000 smallholder farmers cultivate about 100,000 hectares of rice farms. It is expected that over one million metric tonnes of rice will be produced in that state alone this year.

Other support initiatives of the CBN include the N50 billion Agricultural Credit Support Scheme (ACSS) with support of the Federal Government and participation of the bankers’ committee. To access loans under ACSS, applicants (practicing farmers and agro-allied entrepreneurs with means) are encouraged to approach their banks for loan through the respective state chapters of farmers’ associations and state implementation committees. However, large scale farmers are allowed under the scheme to apply directly to the banks in accordance with the guidelines. ACSS funds are disbursed to farmers and agro-allied entrepreneurs at a single-digit interest rate of 8.0 per cent. At the commencement of the project support, banks will grant loans to qualified applicants at 14.0 per cent interest rate. Applicants who pay back their facilities on schedule are to enjoy a rebate of 6.0 per cent, thus reducing the effective rate of interest to be paid by farmers to 8.0 per cent.

There is also the Commercial Agriculture Credit Scheme (CACS) run in collaboration with the Federal Ministry of Agriculture and Water Resources. It provides finance for the country’s agricultural value chain (production, processing, storage and marketing). Increased production arising from the intervention would moderate inflationary pressures and assist the bank to achieve its goal of price stability in the country. The scheme which is a sub component of the Federal Government of Nigeria’s Commercial Agriculture Development Programme (CADP) is financed through a N200 billion bond raised by the Debt Management Office (DMO).

Foreign professionals thriving at the expense of indigenous experts —Ajibola,…