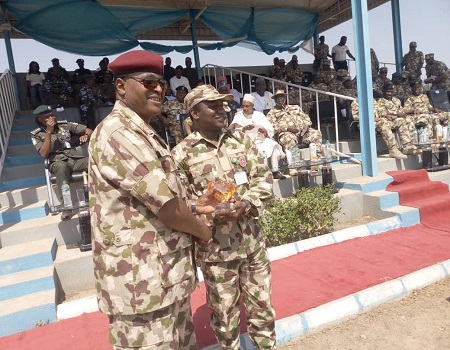 Minister of Defence, Major General Bashir Magashi (rtd) has reiterated that the President and Commander-in-Chief of the Nigeria Armed Forces, Muhammadu Buhari is committed to ensuring that personnel of the Armed Forces are well equipped to better perform their constitutional roles.

Magashi made the disclosure on Friday in Bauchi during the graduation ceremony of 208 special forces personnel held at Special Operations Base of the Nigerian Air Force, Bauchi.

The minister commended the Air Officer Commanding Ground Training Command of the Nigerian Air Force and his team of instructors over what he described as a good job considering the professional skills displayed during the demonstration performance of graduating officers and men.

He said efforts of the Nigerian Air Force in building capacity of personnel could not have come at a better time as the country is presently experiencing security challenges in almost all the geopolitical zones. 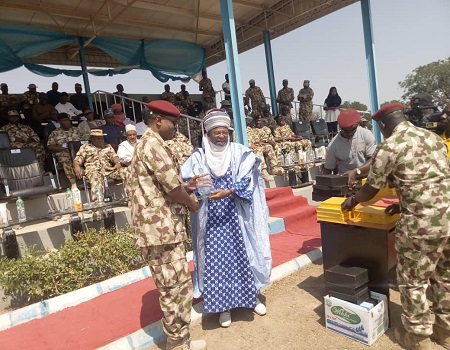 Magashi also said that: “These challenges are occasioned by the upsurge in violent crimes such as banditry, kidnapping and cattle rustling amongst others across the country which requires the intervention of the Armed Forces in addition to its constitutional role of protecting the territorial integrity of the nation.”

He added that: “However, countering these threats requires a different approach including the use of special operation forces which are beyond traditional warfare tactics.”

He then commended the Chief of the Air Staff, Air Marshal Saddique Abubakar for his efforts at rapidly developing capabilities for special operation forces with the training of over 1,000 Regiment personnel who are being deployed in various theatres of operation.

According to him, “this graduation ceremony also shows that the Nigerian Air Force is adopting pragmatic steps towards conserving scarce foreign resources by looking inwards to locally train its personnel.”

Magashi, however, enjoined the graduands not to rest on their oars, but continue to improve in proficiency in their respective areas of expertise as part of their contributions towards ensuring that the nation is safe and secure.

“Our expectation is that after this course you will use your newly acquired skills to attain the operational objectives of your respective services during future deployments,” he said.

While speaking at the ceremony, the Chief of Air Staff, (CAS), Air Marshal Saddique Abubakar explained that the graduation ceremony was for the combine Special Forces Course 5/2019 and Helicopter Back Door Gunners Course 5/2019 at the Regiment Training Centre Annex, Bauchi that marks a milestone in the Air Force.

He also said that out of the 208 Special Forces trained at the Regiment Training Centre (RTC) Annex Bauchi 162 are Special Forces while 46 personnel are helicopter back door gunners.

He added that the among the helicopter back door gunners include 10 Police personnel who were also trained along with the special forces.

According to him, the training is in consonance with the NAF’s aspiration of boosting the capacity of the service to curtail insecurity and insurgency in Nigeria in line with the best global services.

In his own remarks, the Inspector General of Police (IGP), Mohammed Adamu commended the CAS for including his officers and men in the training exercise saying that it will further boost the abilities of the Nigerian Police as they perform their constitutional responsibilities.

He reassured of the resolve and determination of the police force to provide security in line with the provisions of the constitution in a democratic dispensation.

NDLEA nabs suspect with 1,072kg of marijuana in Niger