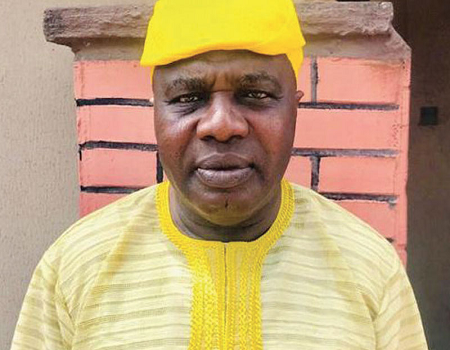 As members of the Oodua Peoples Congress (OPC) today mark the first year of the death of the founder, Dr Fredrick Fasehun, they have vowed to sustain his crusade against impunity and injustice in Nigeria.

In a special message to commemorate the demise medical doctor, labour leader and activist, the president of OPC Worldwide, Prince Osibote, said the members were prepared to sacrifice their lives in defence of social justice equity and fairness as espoused by Fasehun.

“We insist that no individual or group, no matter how highly placed, can cow us from upholding the cardinal aims and objectives of the OPC to take the battle to the doorstep of whoever tries to undermine the Yoruba race and deprive us of their rights and privileges. Whoever tries to test our will won’t be spared,” Osibote stressed.

He noted that the Dr Fasehun left a legacy of exemplary, visionary and dynamic leadership, just as he “made his mark as an exceptional individual, who believed in sharing with the citizens their dreams, desires, pains and challenges.”

He said it was because of that vision that Fasehun “planted the seed called OPC that defends and protects with a consummate zeal and passion, the fundamental rights of all citizens.”

According to Osibote, the OPC founder fought impunity to a standstill, even at the risk of his personal liberty, freedom and safety, so that the “society can know true peace, continuously witness progress and prosperity, all of which have made Fasehun’s life the benchmark and template for all responsible and responsive leaders in Nigeria to copy and emulate.

“As we celebrate your life, Dr Fasehun, we as your disciples, promise to guide against the present crop of political leaders at all levels turning Nigeria into another dungeon, returning to the inglorious era of fear, tear and sorrow.

“We are prepared to make the necessary sacrifice to guarantee that Nigeria does not become a land of vampires, hyenas and locusts. We will not condone, tolerate or allow fifth columnists to reduce Nigeria to yet another animal kingdom, where might is right.

“We are ready, prepared and poised to collaborate with other well-meaning individuals and organisations to ensure that Nigerians have food on their table and a secured future.

“We promise never to compromise on the battle you started, consolidated and sustained until your dying days as a distinguished and worthy ambassador of mankind.”

Kogi election: Count us out of plot to aid rigging ― OPC

Ondo to collaborate with OPC, other security outfits in community policing