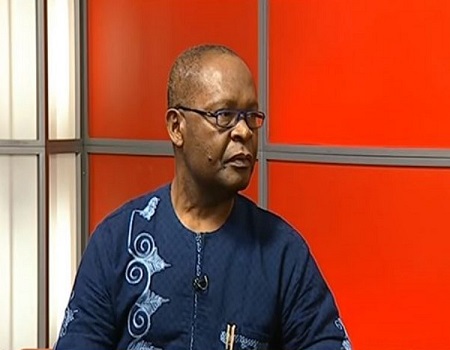 Ahead of 2023 General Election, the Special Adviser to Lagos State Governor on Drainages and Water Resources, Mr Joe Igbokwe, has said that despite the crisis rocking the Ndigbo in the state chapter of All Progressives Congress (APC), the main opposition party, Peoples Democratic Party (PDP), can’t take any advantage of winning the poll as it does not exist in the state.

Igbokwe said this on Thursday while fielding questions from newsmen regarding the ongoing leadership tussle as to who is the authentic apex leader of Ndigbo in Lagos APC between him and Jude Idimogu, a sitting member of the State House of Assembly representing Osodi/Isolo constituency 2.

According to Igbokwe, PDP is dead in Lagos State, saying that most of its notable members had defected to APC, even as he queried: “Who is left in the party?

“Opposition can’t take advantage of the crisis because the opposition party, the PDP does not exist,” Igbokwe said.

Igbokwe, who is the immediate past publicity secretary of Lagos APC, argued that crisis was part of democracy, but quickly added that what mattered most was the ability to reconcile.

Speaking further, the politician also asserted that he remained the apex leader of Ndigbo in APC in the state and not Idimogu as being peddled by some people, declaring as untrue the purported picture circulating that Governor Babajide Sanwo-Olu had endorsed the lawmaker as Ndigbo Apex leader in Lagos APC.

According to him, the picture was taken at a dinner Lagos lawmakers had with the governor at State House, saying that the governor had since debunked the claim being made that he endorsed Idimogu as apex leader of Ndigbo in the state.

“I decided to talk because the leadership of Ndigbo in the APC prevailed on me to speak up, because if falsehood is on for so long the public may take it to be the truth. I need to debunk all the lies, and telling lies cannot lead to anywhere,” he said.

Igbokwe, while maintaining that he would not engage in pulling anybody down, said whoever wanted to take over from him as apex leader of the group should go and queue and wait for his turn.

COVID-19 has reduced investment in Nigeria to 57% ― Oni