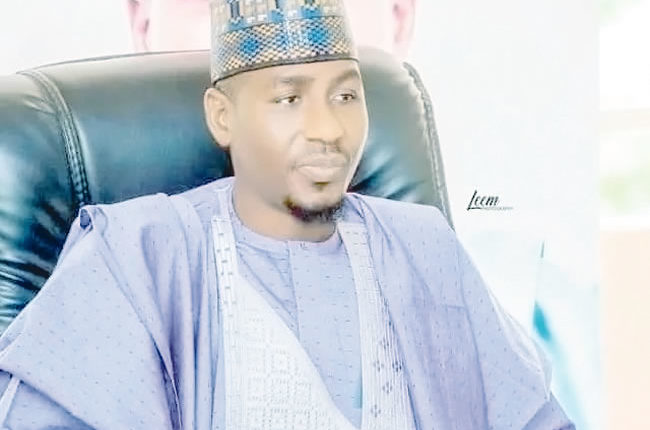 Immediate past publicity secretary of the Peoples Democratic Party (PDP) in Sokoto State and Commissioner for Home Affairs in the state, Honourable Abdullahi Yusuf Hausawa speaks with OLAKUNLE MARUF on the chances of his party both at the federal and state levels.

Campaign will start in earnest, how prepared is your party for the big task ahead?

The campaign for the presidential and National Assembly election, according to Independent National Electoral Commission (INEC), will commence on September 28, which is less than a week away.Here in the state, we are waiting for the national headquarters of our party to give us the timetable on how the events will go. Though INEC has already fixed September 28, I believe the party will still have to sit down and pick a day that will be convenient for us to flag off our campaign.

At the state level, I believe the party is already preparing the timetable for when it will commence campaign to the three senatorial districts as well as the House of Representatives election. I believe very soon, the timetable from the headquarters of our party will be out, having already set up a campaign team, which will soon be inaugurated, the state council will soon release its campaign team as well.

There are some of your leaders, who are not happy withsituation of things in your party, like Governor Nyesome Wike and others. How do you plan to bring them on board fully to achieve cohesion ahead of the election?

That is a natural thing in politics, even when you look at the ruling party, All Progressives Congress (APC), they also have their share of crisis as many of the big men both at the federal and even at the state levels here are having such problems. Some of their presidential aspirants are not with the party, simply because of how they believe the party conducted its primary. I am of the belief that our primary was conducted in a conducive atmosphere, but Governor [Nyesom] Wike and his team are not happy with how his friend, Governor Aminu Tambuwal, stepped down for Alhaji Atiku Abubakar, which they believe helped Atiku to emerge as the winner.

Another issue has to do with how Delta State governor, Ifeanyi Okowa, was chosen as the running mate to our presidential candidate. But I am very sure that just as my governor [Aminu Waziri Tambuwal] said a few days ago, all the contending issues will be resolved in no distance time, God willing. Governor Wike and his team, as we know them, are complete party men and will not leave the party. That is one thing I believe which he himself even corroborated recently that he would not leave the party.

The opposition has been boasting that it has more states in the North than your party and as a result will cash in on this to win the general election. Do you agree with their claim?

Yes, they have many states even before this election. Remember in 2019, they also had many states, but what were the results. We had only Sokoto in the North-West and a few others. But I have absolute belief that in the 2023 general election, our party will win more states in the country. The PDP will control more states in the Northern region after the 2023 general election than what we presently have. Thanks to the failure of APC-led federal government in those states as a result of worsening insecurity.

What are the chances of your party winning the 2023 elections?

We have a greater chance than you can imagine. Firstly, if you compare our presidential candidate, Atiku Abubakar, with other candidates that will be on the ballot, including that of ruling APC party, you will believe that we have a more credible candidate than others. Our candidate, who is a former vice-president of the Federal Republic of Nigeria, possesses more political and governance experience than others. Another advantage to his chances of winning the coming election is his origin from the North. This, I believe, will help him in getting more votes from the North, which as the highest number of voters in the country.

How do you view the controversy over Muslim/Muslim ticket rocking the APC and in what ways would your party benefit from it?

I am not a member of APC, but in our party, we are not playing religious politics as we are not concerned about either a Muslim-Muslim or any other faith. We believe mainly on good governance. Our belief is on democracy and by the nature of the leadership of the APC, I believe, our party, PDP, will coast to victory and form the next government at the federal level come next year by the grace of God.

Do you think your presidential candidate, Alhaji Atiku Abubakar has the capacity to reclaim the country from the brink of disaster it has been pushed to by the current administration?

With Alhaji Atiku Abubakar and the PDP, I believe the insecurity ravaging the country will soon become a thing of the past. If we look at the period of governance under the PDP and compare that with the last seven years of the APC, we can all feel the difference, very clear difference. Talk of security, economy among other things, there are clear differences and I believe that Alhaji Atiku Abubakar will resolve such issues.

Don’t you think the appointment of Governor Tambuwal as Director General of Atiku Campaign will affect his duty as the leader of the party in the state?

Whether Governor Tambuwal will lead the campaign in the state or not, our party will win the coming election in the state. Our party boasts of all the notable and respected politicians in this state. I believe that as the Director General of Atiku Campaign, Governor Tambuwal can handle his job perfectly, as he also has enough competent hands that can handle the state on his behalf and lead the party to victory.

There are rumours of defection from your party to the APC in the state; what is your party doing to unite its members?

Defection is everywhere within all the political parties and it affects all the notable political parties in the country.If you look at the calibre of people defecting from across the two parties in the state, you will realise that the PDP is benefiting more than the APC in terms of defection. Look at someone like a former minister, Honourable Yusuf Sulaiman, a serving member of the House of Representatives, Honourable Abdullahi Balarabe Salame, Alhaji A.A Gumbi, among many others, the difference is clear. I am so confident that we have a better share in the defection. So, I am sure the party will not only deliver the state but will also do it in a convincing manner.

What is your message to the people of the state ahead of election?

My advice to the people of the state, especially politicians as well as prospective voters, is for them to align with our party. I believe PDP will by the grace of God form the next government in Sokoto State.

Anyone who votes for APC in 2023 has a pact with suffering —Ex-spokesman, Bolaji…

2023 ELECTION: Vote buying is a big challenge we must end —Gen. Abdulsalami Abubakar