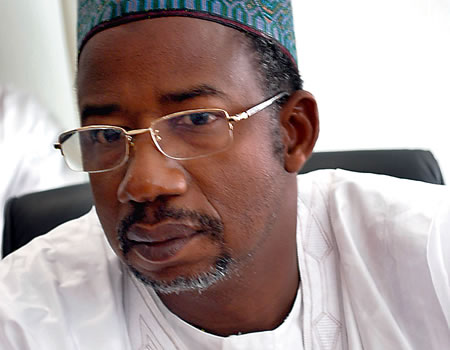 Bauchi State chapter of the Peoples Democratic Party (PDP) has asserted that the State Governor, Sen Bala Mohammed Abdulkadir has had an auspicious beginning to the act of governance as his administration has recorded tremendous developmental achievements within its first 100 days in office.

The assertion was made on Monday by the Zonal Chairman of the party (Bauchi North), Alhaji Yayanuwa Zainabari while chatting with newsmen on the first 100 days in office of the Governor coming up within the week.

Yayanuwa Zainabari who also holds the office of the Publicity Secretary of the party said that, ” There is no gainsaying the fact that the Governor has had an auspicious start because immediately he took over the mantle of leadership of the state on May 29, he wasted no time but swung into action with a view to justifying the confidence reposed in him by the electorate.”

He added that “Within the first 100 days, he flagged off roads construction at areas that lack accessible roads and renovation of the dilapidated ones in both the state capital and other senatorial zones”.

“The first ones he flagged off in the state capital were the construction and rehabilitation of four roads worth about N5 billion which include Ibrahim Bako to Maiduguri Road Bye-Pass, Sabon Kaura to Jos Road while those of Muda Lawal Market and Yakubun Bauchi Quarters would be rehabilitated.” He further said.

Yayanuwa Zainabari added that other roads projects awarded by the Governor within the period under review were the  58 kilometers road linking Yalwan Duguri, Badaran Dutse, Birim, Bajama, Kumbala, Kundak, Wurno and Burga communities of Tafawa Balewa and Alkaleri local governments, Sade to Akuyam in Misau local government, GRA Azare to old Kano road in Katagum local government of the state.

He also claimed that the Governor did not only flag off the projects but disbursed 50 per cent of the funds to the contractors to enable them to commence work in earnest.

The PDP Zonal Chairman added that “Aside from that, believing that he needs professionals and technocrats as lieutenants to help him deliver his mandate, the Governor had before the first 100 days appointed Local Governments Caretaker Chairmen and sent a list of his Commissioners to the state assembly for confirmation.”

” Here again the Governor should be commended for the key appointments he has made so far. Some of the Commissioners nominees were Commissioners in the past and or National Assembly members who are well experienced”, he said.

He then appealed that, ” People of the state need to reciprocate the governor’s gesture and efforts by praying to Allah to guide, protect and bless  Governor   Bala   Mohammed because he is there to work”.