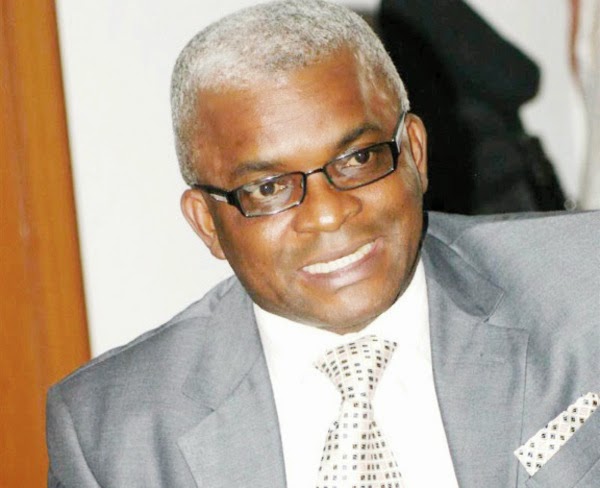 A onetime spokesman of the House of Representatives and Chairman House Committee on Information, Hon Eseme Eyibo, on Thursday condemned the ongoing controversy over the alleged padding of 2016 budget by Hon Abdulmumin Jibrin, former chairman of the House Appropriation Committee against  the Speaker Hon Yakubu Dogara, saying that the issue of alleged padding of budget in the House “is a misapplication of an English word that never exists in the dictionary of the Legislature.”

Speaking with news men in Abuja yesterday under the auspices of Faculty Board of Initiatives (FBI), a think tank comprising seven former and serving members of the Green Chamber of the National Assembly, Eyibo declared  that “the Legislature derives powers under section 80 subsection 4 of 1999 Constitution of Nigeria to make inputs and adjustments into annual budgets of the Federal Government.”

While appealing to the members of the public to allow the Legislature to exercise this provision of the Constitution, he stated that the word ‘budget padding’ “is a misapplication of word in the context of the budget” and “that it is a word wrongly applied.”

He further explained that the annual Appropriation Act “flows from the Executive to the Legislature and goes back to the executive after its passage, saying that no budget had ever been implemented 100 per cent.

The ex-lawmaker said that the basis of a pre-budget meeting between both arms of government “is that the latter should take into account the input of the former.”

According to him, “I have read from traditional and new media one language, which is strange in the context of our understanding our legislature which is the word padding.

“I know padding is associated with tailoring, fashion but I am not conversant with the word padding as it is associated to appropriation process.

“It becomes difficult for an average man in the street to understand that in the course of budget preparation and the input of the legislature, there would definitely be the issue of adjustment, the adjustment could be deleted or added and something could be allowed to serve as it were.

“In our own understanding, the budget proposals as presented by the executive was intended to come through the legislature so that the issue of checks and balances, separation of powers would be strengthened and when that is done, that does not take away the input and contribution of the legislature into that proposal and if that were so they wouldn’t have been a pre-budget meeting or oversight.

On the controversies bothering on alleged insertion of N40 billion constituency projects, by the House Speaker and three principal officers into the budget, he said that “lawmakers always make overture to attract such projects from government ministries and agencies.”

While stating that the sharing of constituency project fund was an issue that has to be determined internally by the House, he expressed the view that any lawmaker that raises issue on it should resort to its relevant committees to resolve it.

The think tank group also hinted that an effective budget desk would make irrelevant the input of Appropriation Committees and reduce the usual frictions on the fiscal policy document.