Without Obas’ input, war against insecurity may not be won —Alepata 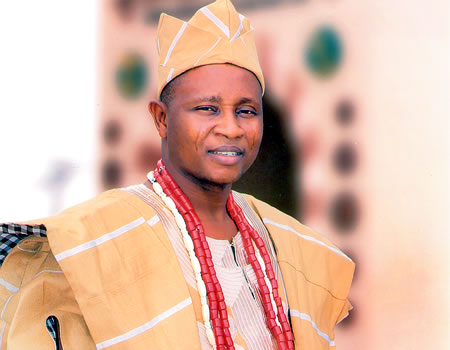 Oba Joel Olalere Olawuwo ascended the throne of the Alepata of Igboholand in May 2019. He speaks with MOSES ALAO on his journey to the throne; his plans for the historic town and how traditional rulers in the country are indispensable to the return of peace and security at a period in which the country is ravaged by insecurity. Excerpts:

You ascended the throne of your forbears in May 2019 three years after the death of your predecessor, the late Oba (Dr) Johnson Oyeyiola. What led to the delay and how was the journey to the throne? The general impression is that the race for Obaship is always tortuous and involves deaths and other losses.

As you said, I ascended the throne of my ancestors three years after father, Oba (Dr) Johnson Olajide Oyeyiola, joined the pantheon of the gods. You know it is not right in Yoruba culture to say that a king died and if you are conducting an interview in English, there should be a way to respect Yoruba culture too. Now, back to your question, I was presented with the instruments of office precisely on May 24, 2019 and I can tell you that the journey to the throne was not tortuous as you insinuated, rather the process of electing a new Alepata was allowed to take its full course. Every eligible prince was allowed to signify the intention to ascend the throne, we all made consultations and in some cases compromises. And there was an election in which I emerged winner. So, what you referred to as the general impression that the race for Obaship is always tortuous and has to take life or involve other losses does not apply to us. The pattern of ascension to the throne of Alepata throne is clear; all princes are brothers from the same forbear and we do not fight to the death like it is the custom in some other places.

Abuse of paracetamol can cause hepatitis —Expert

It is commonplace to ask a new occupant of any office what his plans or agenda are. So, can one extend the same question to you, knowing that apart from the position of an Oba being about tradition, it is also an office that comes with perhaps the highest responsibilities?

I appreciate that question. Had it been that you were present during my coronation ceremony, you would have known that I, indeed, have great plans for Igboholand. In the speech I delivered on that occasion, which I entitled “Reformation Era,” I pointed out how many things have fallen out of place in the town and I noted that under my Obaship, we would explore all ways to rebuild the fallen fences, standards and values. For instance, many chiefs in the community had been doing whatever they wanted and there is so much discord that the spirit of oneness, which is necessary for the progress and growth of any community, is no longer there. But I have prayed to God to help me to mend the fences and make everyone come together again to move Igboholand forward.

There is no controversy; everyone in the town knows that the Alepata is the paramount ruler but politicians, because of votes and other things, brought about the disorganisation of the system such that they could attain their aim. But as they did that, they destroyed the system and set brothers against one another.

So, as I have said, I have been visiting all the chiefs: Onigboho, Ona Onibode, Iba Bonni, Alomo, every one of them. They are all under my leadership. It is the politicians that have destroyed everything. They have done many things in Igboho such that everybody from different quarters is now trying to make his own quarter more paramount than the others instead of seeking to build the entire Igboholand.

Whatever they are doing, I cannot be distracted. I will face the agenda of uniting Igboholand and bringing about growth and progress. Igboholand has a great history and an array of successful sons and daughters and I have been talking to them to come together and join hands to move the town forward. If they start with establishing small scale businesses in the town, the course of things will change.

There is no authentic or inauthentic; this matter has been settled. The Alepata of Igboholand is the paramount ruler in Igboholand; it is settled in law. Maybe if I give you a bit of historical background, you will understand the situation better. Igboho was founded by Alaafin Egunoju and several Alaafin reigned and passed on here and when Alaafin Tella Abipa was moving to the present day Oyo, he handed over the leadership of Igboho to the Alepata. So, till the world comes to an end, Alepata of Igboho will be the Oba of Igboho. Those people that are parading themselves as Obas are Part II Chiefs and there are some circulars from the state government that have warned them to desist from parading themselves as Obas. But when politicians see these things, they will not do anything simply because they are looking for votes.

Similarly, there are many judgments on the matter, which settled everything in favour of the Alepata. The Onigboho and the Onibode families have severally challenged the status quo in court and on each occasion, the judgments were in favour of the Alepata. In fact, there is a judgment of the High Court between the Onibode family and the Alepata of Igboho. In that judgment, Onibode was reaffirmed as one of the traditional rulers but it was settled that he has no right to assume the leadership of Igboho. The judgment followed the report of the Aderele Enquiry. The Onigboho had also approached the High Court on the report of the enquiry but he was floored and he approached the Court of Appeal, where he was floored again and then approached the Supreme Court. But in 1994, the Supreme Court affirmed the decision of the Appeal Court, which had earlier affirmed the decision of the High Court in support of the Alepata. So, the court has already settled everything.

The traditional ruler in every community is closer to the people and people listen to them and believe them more than they do most of the political office holders. If traditional rulers can be given a function in the constitution, I think it will even be easier to administer government. As you have said that Governor Seyi Makinde is willing to carry traditional rulers along in securing the state, I think that is a step in the right direction. Let me use this opportunity to congratulate him and to commend him for his readiness to accord the traditional institution respect and I must say that traditional rulers will be willing to work with him to ensure peace and security in Oyo State, because as the Yorubas will say, Omo onilu o ni fe ko tu.

Let me also add this, in Oorelope Local Government here and I think to some extent, the adjoining local governments, there is a system in which local hunters have been formed into vigilantes and they protect our people on the inter-local/inter-state roads. The heads of the vigilante come here to give me situation reports and I can say that the model has helped to stem the tide of insecurity and I am recommending it for the state’s consideration. The state can have a robust set-up where hunters and responsible individuals willing to partake in the effort of securing our lands will be brought together to work with the police. The local governments can be made to take responsibility for the running of such set-ups. That is one of the advantages of having a bottom-up approach to security. Without giving due recognition to the traditional institution, the South-West may find it difficult to overcome its security challenges. It is abundantly clear that the police alone can no longer handle the security situation in the country.

I salute the courage of the South-West governors on the issue of insecurity, but they should be guided that any effort that does not involve Obas and their inputs may not yield much result in terms of securing our lands. The Yorubas will say that Enikan kii mo iya Osho, ju Osho lo and also say that Agba to mo oju ogun, nii pa obi n’Ire. Obas and the traditional institutions are important if we must get our acts right on the security challenges facing the South-West and even Nigeria.

Should couples have separate rooms/ beds?

Friendship: An essential ingredient to success in marriage (2)