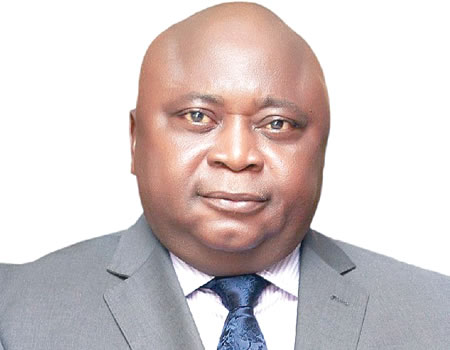 A governorship aspirant on the platform of the Peoples Democratic Party (PDP) in Ogun State, Honourable Oladipupo Adebutu has said the governorship of the state has over the years been rotated between the two geopolitical divisions of Ijebu/Remo and Egba/Egbado.

Adebutu, who is currently representing Remo Federal Constituency in the House of Representatives, spoke during a live interview programme on Fresh F.M, a privately owned radio station in Ibadan, Oyo State, at the weekend.

The chairman House Committee on Rural Development, who was answering the question on the issue of zoning and the clamour for a shift of the governorship to the Yewa axis in Ogun West Senatorial District, said the Egba/Egbado [Yewa] division was already currently running the last year of its two terms.

He said the governorship must shift to the Ijebu/Remo division of the state for eight years beginning from 2019 after which it would be the turn of the Egba/Egbado [Yewa] division which will be completing eight years by 2019.

He disclosed that the PDP came to the recognition that the Yewa people of Ogun West Senatorial District deserved a shot at the governorship of the state, a reason, he explained, the party picked its candidate from the zone for the last two governorship contests.

He explained that no aspirant came out from the Ijebu/Remo division to challenge the Yewa people for the ticket of the PDPD in consonance with the agreement, stressing that it was the turn of Ogun East Senatorial district to produce the next governor in 2019.

“We waited for eight years. But in those eight years, the Ogun West people were not able to manage the number of contestants from their area. They are at it again now. Can you hold us liable for that? We are even praying the number of aspirants there will increase in their area.

“We will go into 2019 election and we shall defeat them. After eight years in Ijebu/Remo division, we shall support Yewa again,” he said.

Adebutu premised his governorship aspiration on his compassion for the poor whom did not deserve the way they had been treated by the Governor Ibikunle Amosun government of the All Progressives Congress (APC).

“I have been part of every political system that has happened in Nigeria since 1991. I am proud to say I have not made any financial profit from politics and I don’t regret it. I want to spend a lifetime doing it.

“I know for a fact some politicians in Ogun State who, seven years ago, were virtually bankrupt. But today, they are billionaires. And I asked myself, what business did these people do or what windfall befell them that they are now billionaires overnight? It is because they have no compassion and they are inherently wicked,” he said.

On the seven years of Amosun’s government, Adebutu lamented that the state had been plunged into “the depth of debt” by the figures obtained from the debt management office, adding that it would take years for the debt to be repaid.

Lagosians should watch out for more Ambode’s landmark projects ―Commissioner