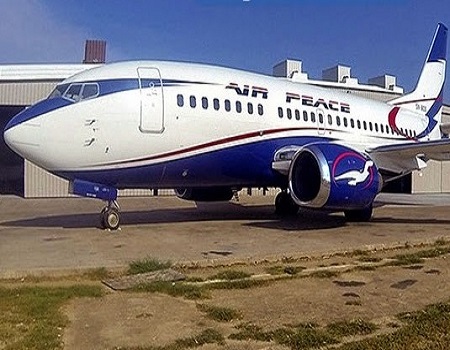 THE hitherto hostile aero politics many foreign countries subject Nigerian airlines to has been blamed on the role played by the domestic carriers themselves.

Speaking on the unfair international aero politics which has become topical across the country’s aviation sector, the Director General of the Nigerian Civil Aviation Authority (NCAA), Captain Shehu Nuhu blamed the sad situation on the failure of many of the Nigerian carriers to carry along the regulatory body and the ministry of aviation while going to negotiate with the foreign countries they intend to operate into.

The DG NCAA expressed optimism that if the domestic airlines had done the needful to carry the aviation authorities along that it would have been impossible for the foreign countries to mistreat the Nigerian airlines the way they had done.

“The advice I will give the airlines is that if you are going to another country to negotiate your services, you should involve the regulatory body, the ministry of aviation and also your embassy in that country. If you, as a private organization, go and negotiate with a government entity that is trying to protect its own airlines, you are going to run into difficulties, but when you involve ministry of aviation officials, NCAA officials and embassy officials, the countries know that if they make things difficult for our airlines, we will apply the same retaliatory measures to their airlines, so it make a big difference.

“A lot of airlines go and do the deal themselves. They should involve us, carry us along, brief us. We are here to help our airlines grow both domestically, regionally and internationally. I hear them talking about aero politics, yes, an airline from Nigeria wants to go compete with an airline of another country on their route, of course it  will be difficult for you but when you carry NCAA officials along, it makes a difference. If you make unreasonable demands from my airlines, I will apply the same to your airlines coming into my country, so it is beneficial for everyone to come out with good terms for all the airlines.

He called on the domestic airlines to henceforth negotiate with the aviation authorities including the Nigerian embassies in the diaspora, whenever they plan to commence foreign flights.

When we have Bilateral Air Service Agreements (BASA), there should be fairness on both sides, if there are challenges, they should inform us but if they are going for the first time, they involve us so that we sit down, strategize and send people there to negotiate.”

AON, a house divided against itself