Why I prosecute consumer rights violators myself ― FCCPC boss 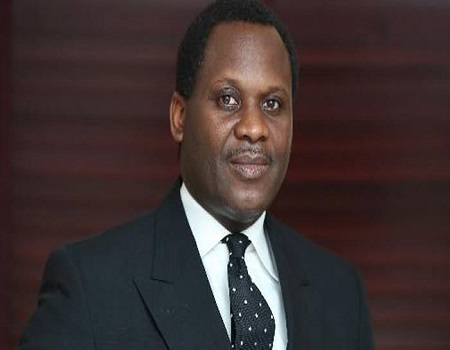 The Chief Executive Officer of the Federal Competition and Consumer Protection Commission (FCCPC), Mr Babatunde Irukera, has explained that his decision to personally take charge of the Commission’s legal team in cases involving consumer rights violation,  was informed by the need to send a strong message to the public that it would no longer be business as usual, regarding consumerism in the country.

Irukera stated this in an interview with Tribune Online,  after leading the Commission’s legal team to tender some evidential materials at the Federal High Court in Lagos, in the ongoing prosecution of the  Lagos Surgeon, Dr Anuoluwapo Adepoju of MedContour, by the Commission.

The FCCPC boss also dismissed claims, in some quarters, that he was personally leading some of those cases as a vendetta against those being prosecuted, while insisting that the Commission was only assembling its best team for such major assignments, to enable it to achieve results.
.
Besides, he added, it had become imperative for him to take charge of some of those cases, to enable them to generate the much-needed focus and attention, in the public space, about laws guiding consumerism in the country.

“First, I’m a lawyer, and I think being a lawyer, I’m qualified to do this. Secondly, the law allows lawyers who work with regulatory authorities to proceed to court and do that. Besides, I decided to prosecute some of these cases myself to send a strong message, to those who propose to do the same thing that there is a law and that people will be held accountable.

“For instance, the one I led against some supermarkets in Abuja, concerning price gouging, was an opportunity for the Commission to send an important message to everybody that you can not exploit people, especially at the time of the pandemic, and go scot-free.

“So depending on how critical and important an issue is, and how the commission evaluates the issue, we put our very best,  though not necessarily from competence standpoint, but from attention and focus standpoint,” Irukera added.

He also expressed the Commission’s delight that a lot of ground had been covered, with quite a number of evidential materials tendered and admitted, in its case against the Lagos Surgeon at the Lagos Federal High Court.

Ohanaeze backs NASS on call for removal of service chiefs