What Nigerians want is security, not who committed the offence —Ajuyah, SAN

Interview
By EBENEZER ADUROKIYA On Oct 20, 2021 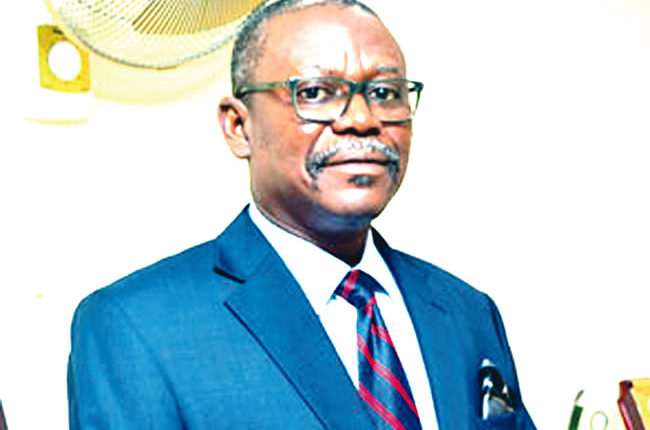 MR. CHARLES AMAJUORITSE AJUYAH (SAN), the Attorney General and Commissioner for Justice in Delta State from 2011 to 2015, in this interview with EBENEZER ADUROKIYA, addresses calls for restructuring and spate of killings in the country.

As an elder statesman, what do you think is the way out of the security challenges in the country?

There’s no doubt that in the whole world there’s no clear 100 per cent security. However, what we’re experiencing in this country is at variance to what we had in the past; is at variance with the level of security we have in the whole world. Nigeria’s insecurity in the north, the east, the west, the south is not something that we can commend the federal, state and the local government. They have been elected into office and one of the things they promised us clearly is that they were going to provide to us security. There’s no day we do not hear of killings, kidnapping, even other mere crimes and people commit these things with reckless abandon because there’s no consequence for it.

The security forces are trying but the point is that government has not provided for them the necessary things they need to deal with these problems. If you talk about the budget allocation for these things, you find out that even when the money is even provided, you’ll hear of cases of these money being pilfered and all. The greatest if it all was even to see insurgents go into the Nigeria Defence Academy (NDA). What a shame! I think that the government at the national level has failed us in this regard. It appears that the president is just waiting for the next 14 months to come because he seems to be helpless in the situation of things.

President Muhammadu Buhari said on October 19, 2021 that insecurity is declining whereas the same day, about 30 people were killed in a market in Sokoto State. What does that tell us about our leader? Is it that they don’t know what is happening or they’re just being insensitive to protecting the citizenry?

I think that the president’s spokesmen are not being honest. I’m not saying that they should make statements that put the nation on panic but they must not be economical with the truth in what they say because they are the president’s aides or statesman. My understanding from the president’s body language is that he cannot tell lies so his aides that can tell lies can go ahead to tell these lies. It’s not the president. I’ve not seen anyone brought to book in the last six years or so for such things. No one.

There are many things that have happened even in the south east and all, how many of them have been brought to book? But the point is that has anybody been dealt with to the point that will show the consequence of his action? Nobody. That is what happened in Ebonyi State. It has happened in Anambra State. Nobody. So, all these media deceit and all does not pay anyone. People on the street know what is happening. The media aides should stop telling lies. They should own up when there’s a mistake and they should apologise. Don’t tell us brought to book and all.

You mentioned Ebonyi State, which is in the South-East. For over a month now, South East has not remained the same again. They appear killing themselves, there’s still a sit-at-home order that is going on even though IPOB has denied issuing sit-at-home. As of yesterday, there was still a sit-at-home and people were afraid of coming out so that they won’t be killed. How do you think the federal government should handle the south east problem, security problem especially?

Well, as far as I’m concerned I know that the Chief of Defence Staff was saying that the motive behind killings in the south east is different from the motive behind north east. You have information, I don’t have information but as far as we citizens are concerned, killing is killing; destruction is destruction. So, if they burn a police station in the North and they burn a police station in the South, as far as I’m concerned the intention is to burn the police station and kill people. So, the motive is irrelevant. Therefore, why do we try to rationalise things that way. I mean a crime is a crime. Whether it is committed in the North or in the South, when we start flagging it with different colours, it will not help us at all. The same thing I say about the consequences should be same. None of these crimes are committed by the people of the moon. They are committed by citizens. We, as citizens, should offer the right information to the authorities to help but then giving it different coloration and treating it differently will not help us at all. No consequence for anyone’s actions. What people want is security, not who committed the offence. No one is interested in who committed the offence. Whether it’s a Christian or a Muslim or Hausa or Igbo or whatever. What we are concerned about is that it must stop.

So, what permanent solution can you suggest because people believe that these kinetic means of resolving the matter is not yielding result?

First and foremost, if you look at advanced countries if a crime is committed they will go to the root and will try to get to the root cause and the perpetrators of those crimes. The root of it all is that they’ve developed their infrastructure to be able to find out some of these things. We don’t have people cooperating. Government should be thinking of developing good infrastructure. Things are going scientific these days. So, when instances like that happen, what scientific models do we have in place to detect these things? If we use human intellect, we will fail because the criminals are always ahead. Therefore, no criminal will not want to go and make his footprints on a place; so, we should try to develop our infrastructure. When we talk about CCTV cameras, we don’t see any of these things. We only go launch and that’s the end of it. Why would we not have these footages and all these things? There are people who offer information. People don’t offer information here because of lack of trust. The conveyer of information can become the next victim.

As an elder statesman, what are the time-honoured parameters that should be used in selecting the next president, given the situation we have today?

We need someone who is intelligent and can think outside the box but here we do not have people who can think out of the box and ahead of situations completely. Here, we rely on advisers and others who have nothing to offer the federal government in these issues. They are just ascribed to seeking bribes and to be carried away with the clout of office. With all the advisers and all, I do not see anything visible from anyone. A leader moves and everyone follows. Do we have such? I can tell you that even at the national executive council most people are not concerned about government, they are concerned about what next employment they are going to get. So when you talk about performance, no one is telling us in the NDA what allocation or releases was made to them. I believe that we need a leader who people can listen to and he talks to the people. He must be intelligent and be able to think out of the box in this country. We don’t want leaders that sit down and have no plan.

There is an opinion that based on the present country’s structure, the best of presidents Nigeria can produce will still fail in governance if the country is not structured. What’s your opinion about this sir?

I have nothing against restructuring; restructuring in the sense that the federal level is burdened with things it should not bother itself. Some of these things can be taken care of by the state or local government. However, local government doesn’t have accountability. They get money yet they don’t pay salaries. They don’t make roads. They say they’re doing market. People can develop their own markets. The problem is that they do what is unnecessary and irrelevant to people. If there’s a right leader, people will follow without all these clamoring. If people can see the changes that the government is making, people will follow. If we see someone from Delta state that has the capacity, we should not say because he’s not from south west so he should not rule.

Do you think the country is ripe for that?

We are dancing around the same circle. We can’t have improvement until we stop thinking about these mundane things. What matters is having people who have capacity to lead this country. If we get people based on geopolitical zones and there’s no one with a capacity, we are going around in circles.

About a year ago, we had the #Endsars protests rocking the country particularly southern Nigeria and panels were set up in each state to look into alleged Police brutality. The Federal Government promised to reform the Police but we realise that policemen are still extorting money and carrying out extrajudicial killings. It appears the government hasn’t learned anything. What is your take on this?

Most of these panels were dead on arrival. They just created them to pacify the people at that time, aside from one or two states. The strategy of the government is to tell the people to relax and create committees to pacify the people. If we should have such mobilization, we should work towards getting good leaders for this country and outshine those who got power and misused it. I have found that in this country we are really frustrated. We have intelligent people with no opportunities. The police issue will take some time to change but it will only change if we have leaders who want change and set goals on effecting the changes.

As stakeholders take stock of Osun at 30