• Say ‘Ogundipe is still in charge’ 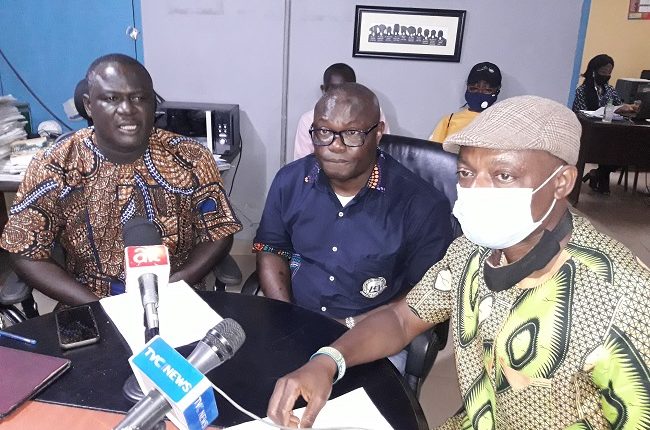 The Senate of the University of Lagos (UNILAG), Akoka, and all its four staff unions, on Thursday, jointly kicked against the appointment of a new vice-chancellor for the university, saying the office is not vacant.

They also called on President Muhammadu Buhari, who is the visitor to the university to prevail on the chairman of the governing council, Dr Wale Babalakin, on the matter, so as not to degenerate to chaos nor breakdown of law and order in the university.

They said vice-chancellor of UNILAG and any other university in a sane society could not just be removed from office the way the governing council of the university did to Professor Ogundipe at its emergency meeting in Abuja on Wednesday and therefore the action was not only illegal and condemned in its entirety, but would not also stand.

They said they were all passed a vote of absolute confidence on Professor Ogundipe’s leadership style while on the other hand, totally lost confidence on the current governing council of the university.

They made this known shortly after their separate and also joint meetings on campus, on Thursday, even as the embattled vice-chancellor, Prof Ogundipe, also surfaced on campus later.

Speaking to journalists at the end of the senate meeting, Professor Chioma Agomoh, who is a former dean of the Faculty of Law of the university, said “the senate without exemption has unanimously agreed that due process was not followed concerning the purported removal of Prof Ogundipe and therefore would not accept his replacement.

According to her, there are laid down rules and regulations as well as procedures to follow to remove a vice-chancellor if the situation arises and these were not followed in this case and therefore the senate has resolved not to recognise any surrogate that the governing council wants to impose on the university as a vice-chancellor.

“Things must be done properly. Nobody can’t just sideline the joint committee of the senate and council in a matter like this and that is why the Senate will not fold its hands and watch the system to collapse not only because of now but for the generations yet unborn,” she stressed.

On their parts, the Joint Staff Union (JSU) comprising the Academic Staff Union of Universities (ASUU), Non-Academic Staff Union (NASU), Senior Staff Association of Nigeria Universities (SSANU), and the National Association of Academic Technologists (NAAT) in both the main campus and at the university’s college of medicine, Idi- Araba said even though they had no problem with the leadership style of Prof Ogundipe, their major concern was about the institution he represented.

All the leaders of the four unions, including Dr Dele Ashiru (ASUU), Mr Olusola Sowunmi (SSANU), Mr Ajibade Kehinde (NASU), Sulyman Lawal(NAAT), as well as Mr Tunde Aderibigbe(NASU CMUL, Idi-Araba), and Mr Ayo Alli (SSANU CMUL), were on ground to address the journalists at the end of their congress.

They said they were not against probing him as an individual nor any other person in the university if there is a situation that warrants such, but due process must be followed.

According to them, their argument was on the premise that Ogundipe was not notified of the allegations levelled against him nor a panel constituted to investigate him let alone given a fair hearing.

“So, to all of us, Ogundipe’s purported removal is not only illegal and unjust but it is also vindictive and tantamount to jungle justice, and it would not stand,” they added.

“And that is why we are calling on the President Muhammadu Buhari who is the visitor to the university to prevail on the chairman of the governing council, Dr Wale Babalakin on the matter,” the said.

They said Babalakin only wanted to show to the whole world that he could do and undo without anybody queries his action.

He said he had never been questioned let alone indicted of any wrongdoing let alone financial impropriety in the university where he rose across ranks to become the vice-chancellor nor elsewhere.

No organisation can succeed without security – Ajaokuta sole administrator

Schools in Lagos move against spread of coronavirus