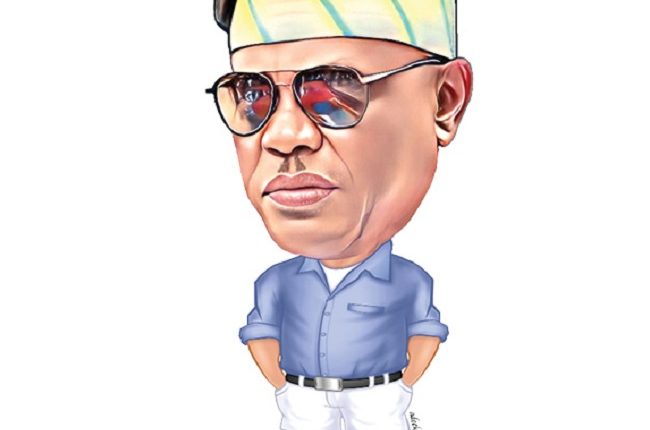 WITH the buildup to the 2023 general election gathering momentum, there were twists in Rivers State politics on Thursday as the assembly moved to ‘derecognise’ Omehia as former governor, while the government, in another move, withdrew criminal charges against the former governor, Rotimi Amaechi and the governorship candidate of the All Progressives Congress (APC), Tonye Cole and others.

In a surprise turnaround, Governor Nyesom Wike said he was withdrawing all criminal charges levelled against Amaechi, based on the report of an investigative probe into his two-terms in office as the chief executive of the state.

On the hand, the governor will sign into law today, a bill passed by the state House of Assembly, derecognising Omeiha as having governed the state.

The sudden decision of the governor to soften his hard stance against Amaechi, under whom he served as Chief of Staff, repudiates the allegation of gross abuse of office as governor by the immediate past minister of transportation and presidential aspirant in the 2022 APC primary.

It was a case of mixed fortunes for two relations as Amaechi is a cousin to Omehia.

The government had accused Amaechi, Cole and others of selling government assets and diverting the proceeds running into several billions of Naira during Amaechi’s tenure as governor. When the case resumed for ruling on the legality of a private lawyer to prosecute the matter, the lawyer to the government, who is the state Attorney-General and Commissioner for Justice, Professor Zaccheus Adangor, informed the court that he was withdrawing the suit.

But the lawyer to the APC, Amaechi and Cole contended that withdrawing the suit is an abuse of court process and prayed the judge to dismiss the criminal charges if the suit must be withdrawn. Justice Okogbule Gbasam, after listening to a heated argument, struck out the suit and the charges against the APC and others.

On the same Thursday, members of the state assembly passed a motion removing the status of ‘former governor’ from Omehia, who served as the state’s number one citizen between May 29 and October 24, 2007, as he was removed by a Supreme Court judgment, which replaced him with his cousin, Amaechi.

The motion to derecognise Omehia as a former governor was moved by the leader of the House, Martin Amaewmule and unanimously passed by all the 21 legislators, who were present at the plenary, including Anselm Oguguo, who represents Omehia’s constituency in Ikwerre Local Government Area. The eighth Assembly, shortly after inauguration under the Wike administration on June 30, 2015, had passed a resolution which compelled the government to recognise Omehia as a former governor and accord him all entitlements, privileges and benefits associated with the office.

The legislators moved to rescind the earlier resolution that Omehia be recognised as former governor; that Omehia ceases to use the title ‘His Excellency’; that Omehia stops using the acronym “Grand Service Star of Rivers State (GSSRS)”, which is a state honour meant for incumbent and former governors alone. Amaewmule explained that the continued recognition of Omehia in that capacity would be a breach of the Supreme Court judgment, which in 2007 removed him as a governor for not being the duly elected candidate in that year’s governorship election. He said the motion was moved to reverse the earlier resolution because the ninth Assembly had a better knowledge and particulars on the said Supreme Court judgment.

The motion was seconded by the Whip of the House, Evans Bipi. In his address, Speaker of the assembly, Ikuinyi-Owaji Ibani, said the house was right in taking the decision because no law is absolute. After the passage of the motion, the government announced that Wike will today grant assent to it. A statement by the governor’s Special Assistant on Media, Kelvin Ebiri, said the governor “is to sign the instrument on cancellation of the recognition of Sir Celestine Omehia as a former governor of Rivers State.

“The cancellation of the recognition is sequel to the resolution of the Rivers State House of Assembly adopted on Thursday, October 6, 2022, to de-recognise Sir Celestine Omehia as a former governor of the state.”

It added that the signing ceremony would take place at the Government House, Port Harcourt on Friday, by 12 noon. But the motion generated immediate reactions across the state, with many alleging that the assembly has, once again, demonstrated that it is an appendage of Governor Wike. A former spokesman of the Pan-Niger Delta Forum (PANDEF), Chief Anabs Sara Igbe, dismissed the action of the assembly as null and void and a demonstration of their naivety.

He queried: “To start with, are they the ones who voted for him? Did the Rivers State House of Assembly make Omehia a governor? It is not the duty of the assembly to recognise him as a governor or not.

“There’s no law in Nigeria or in the constitution that empowers the assembly to derecognise a governor. So what the house did today is vanity upon vanity and has no substance in the eyes of the law.

“They cannot approbate and reprobate at the same time. They are just exposing themselves to the public how naive they are and how parochial their thinking is. So to my mind, they did not do what is right.”

Apologise to Rivers people, APC tells Wike, assembly In its own reaction, Rivers chapter of the APC asked Wike and the state Assembly to apologise to the people of the state for recanting on Omehia, the status and privileges as former governor, against the decision of the Supreme Court.

Darlington Nwauju, Rivers APC spokesperson, demanded the apology hours after the assembly had re- solved to strip Omehia of all benefits as a former governor.

Nwauju said: “It is one ex- ample of legislative brigandage wherein the Rivers State assembly brazenly committed an affront on October 25, 2007 judgement of the Supreme Court of Nigeria, which declared that in the eyes of the law, Sir Celestine Omehia was never a governor of Rivers State. “Back in 2015, it was politically correct to recognise Omehia but with the political realities of today, it’s no longer expedient. state assembly maliciously disregarded the letters and spirit of the October 25, 2007 judgment, only to turn around to shamelessly demand that the privileges Omehia enjoyed as a result of its infantile rascality in 2015 be refunded within seven days.

“Should the Rivers State House of Assembly not be apologising to Rivers people by now for poor representation? A Greek gift offered Sir Omehia to spite former Governor Rotimi Amaechi was today effortlessly retrieved.

“How can a state House of Assembly which should ordinarily should serve as the bastion of democracy, the voice and conscience of Rivers people, be reduced to the governor’s lackey and attack dog against the governor’s perceived political enemies? Let Rivers people judge.”