Kunle Afolayan: The camera of a master craftsman 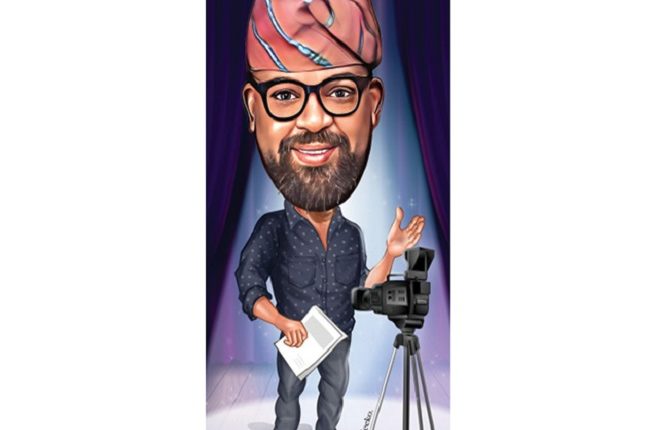 IT can be no surprise that Anikulapo, the latest offering by Kunle Afolayan, one of Nigeria’s most celebrated filmmakers and directors, is currently enjoying rave reviews. The artist is not associated with junk, and Anikulapo, an epic woven around the old Oyo empire with a cast of A-list thespians, realistic use of props and thought-provoking presentation of the human dilemma, must rank as one of the most intelligent movies ever made in Black Africa. The brain behind popular films such as Irapada, The Figurine, Phone Swap, October 1, Roti, Irapada, Omugwo, The Tribunal, The CEO, Mokalik, Swallow and Citation, is king of mystery and suspense with a focus on the quest for power and the associated manipulations, and it is a sore point that Anikulapo has been rejected by assessors. But as the CEO of Golden Effects Pictures said on October 3: “The whole world has decided to tag Anikulapo a masterpiece even though the Nigeria Oscar selection committee thinks it’s not worth submitting for the Oscars. Will keep doing my own thing.”

In Anikulapo, Saro, an aso oke cloth weaver from Gbongan who journeys to Oyo in search of greener pastures, lands in the waiting hands of an a maritally unattached wealthy female title-holder and sexual manipulator, but he soon begins an affair with the Alaafin’s youngest wife, Arolake, who is harassed by her seniors in the Alaafin’s household due to her massive hold on the king, her beauty and her barrenness. The crime is busted and the death sentence passed on the betrayer. Left for dead by the Alaafin’s guards after a thorough mauling, Saro is saved by his lover who stops a mystic bird from taking his soul and steals its  power gourd, which has the ability to wake the dead. The duo, helped by a hunter, land in Ojumo, a distant town after a series of trials in the forest and Saro’s dead-waking prowess, facilitated by the gourd stolen by Arolake, earns him stupendous wealth, but his lust for voluptuous women causes him to betray the ex-queen, who then neutralises his power even while, in naked greed, he is still handing the benevolent Ojumo king terrible conditions before waking his dead prince: the princess’ hand in marriage.

The story brings to mind the words of the American politician Robert Ingersoll in relation to Abraham Lincoln, the 16th US President: “Any man can stand adversity—only a great man can stand prosperity.”Saro, once a virtual nobody, is not content with having the Alaafin’s wife, gaining wealth and fame and marrying two other wives: he tries to roll the Ojumo princess into the bargain and courts disaster  when he cannot wake her dead brother. The story is so beautifully told that fans have been asking for more. Said the Oyo lawmaker, Akin Alabi: “So many angles for Afolayan to explore if he wants to turn Anikulapo into a series. Why did Saro leave Gbongan? Maybe he did bad things there. Did Arolake go back to Oyo? Is Saro still alive?” Afolayan reportedly acquired a 40-acre land to produce the movie.

As a filmmaker, Afolayan occupies a prominent place in New Nollywood. Per the film scholar, Jonathan Haynes: “New Nollywood is a phrase used to describe a recent strategy by some Nigerian filmmakers to make films with higher budgets, to screen them in cinemas both in Nigeria and abroad, and to enter them in international film festivals. This is a major structural shift in the Nollywood model of film production and distribution. Kunle Afolayan exemplifies this trend: his restless experimentation as a director and producer reveals the current structure of opportunities, and his situation as a filmmaker informs his films culturally and thematically.” New Nollywood movies (Wedding Party, Blood Sisters, October 1, etc) are indeed Nigeria’s current best, and most commercially successful, movies. In The CEO, a movie with a diverse cast from different nations, five company executives are sent to a retreat on the understanding that one of them will become the new CEO. But the cordial atmosphere quickly turns into a deadly competition and two of the executives, cut down by the most unlikely of moles, soon drop dead at Inagbe resorts in this dark tale of musical chairs.

A gifted filmmaker, Afolayan has won numerous gongs for producing globally recognised blockbusters. In October 1, recalling Wole Soyinka’s A Dance of the Forests, the travails of Nigerian nationhood following Independence in 1960 are placed in bold relief. A Yoruba man commits murder but it is a northerner who is a prime suspect, in large part because of his ethnic identity. Almost like in every of his movies, there is a murder mystery and it is resolved, but criticism is fickle if it takes no cognizance of the psychological build-up of the serial killer in the movie who had a nasty upbringing as the sex slave of a rapacious Catholic priest.

In his movies, Afolayan provokes debates on the power mystique and the darkness of the human mind. Anikulapo, straddling the epic genre and with a dose of marvelous realism, points to what Soyinka calls one of the social functions of literature: the visionary reconstruction of the past. In Anikulapo, as in October 1, Nigerians can easily relieve their past and ponder how so much has changed in such a short time. Afolayan, arguably Nigeria’s current best filmmaker, often probes society’s rotten underbelly, undertaking a psychoanalytic contextualization of society’s heroes and villains.  He keeps a straight gaze at the theme of love as an organizing principle of life, its failures and triumphs, and the limitations of fallen humanity.

Afolayan, much like the American linguist Noam Chomsky who on a scientific plane is essentially concerned with language as a mirror of the human mind (and is often derided by critics who want to impose a sociological worldview on his horizon), is concerned with the intricacies of the human mind, in the same way that the British novelist William Golding does in his epochal Lord of the Flies, a novel in which a group of young boys are rescued from self-extermination by a British sailor but then have to be thrown into a society that is still experiencing a war. Watching Afolayan’s movies brings back memories of a philosophy class on Rene Descartes’ methodological scepticism, and if the question, “Can my senses deceive me?”is kept in mind, then his project becomes easier to process and appreciate.

Afolayan, it seems, cannot avoid talking about Yoruba gods, but the characters that he weaves around them, much like those in Soyinka’s The Interpreters, are gods in themselves, mirroring the eccentricities of the gods. In his movies, evil is always present in large part because many of the characters involved, flowing with the tide of general perception, are not methodologically sceptical. They forget that if the eyes are patient, they will see the nose: Arolake, the young queen who embarks on a romantic rollercoaster following her sad life in the Alaafin Oyo’s palace in Anikulapo, fails to ignore the obvious flaws in her lover Saro’s character in the heat of romantic entanglement and a dream of a happy future. Arolake, barren and again thrown into the eccentricities of a polygamous home after escaping from the Oyo palace, can be censured for violating her marital vows, but while not justifying marital infidelity Afolayan does point to the patriarchal and monarchical injustices of Nigeria’s past—and sadly even its present, speaking of Northern Nigeria—where young ladies found/find themselves in arranged marriages, forced to negotiate the poetry of life with total strangers.

The Nigerian/African society certainly has much to gain by moving from what seems to be obvious to what ought to be obvious, and it is in this regard that Afolayan’s place as a filmmaker of ideas cannot be impeached. The late literary critic, David Cook, a writer should be able to document his/her society’s past and present, and here Afolayan excels. He told an interviewer in 2020:“I’m always conscious of shooting films that have substance. And when I say substance, it must reflect who we are. It must talk about social issues.”

Per the literary critic Benedict Ibitokun, the quest for the roots is a prominent theme in African literature ( and, one may add, the arts in general), and it is no surprise thatAfolayan has made no secret of his obsession with Yoruba culture.   In December 2020, he spent his Christmas with his family at his home town Agbamu Kwara state, taking them around his past. But neither the master storyteller nor his craft is perfect. For instance, in Anikulapo, the sex scene between Saro and Arolake is unnecessary, the Alaafin’s guards would have beheaded Saro in a more realistic presentation, and the scene where Arolake and Saro’s saviour, an old hunter, carries game on his shoulders without receiving any offer of help from the duo as they follow him to Ojumo town is not faithful to Yoruba culture. And the artist’s temper can be quite fiery, especially on the question of piracy. In response to a netizen who erroneously thought that “the non subtitling of french part” in Citation was “a great disservice to the movie,” the filmmaker virtually breathed brimstone: “You are a very stupid idiot. That’s what you get if you keep downloading films from unauthorized streaming platforms. Omo ale. (bastard)”  Subtitles are actually in the Netflix version, the authentic version of the movie. But his anger is not groundless: pirates have always tended to ruin his investments. “I borrowed N50 million from Bank of Industry to produce this film,” he said of The CEO, adding: “Please do not pirate the film. I beg you o. I need to pay back the money.”

And he is right. Piracy remains a cancerous affliction.

Emefiele: A cloud of confusion

Obasanjo: The burden of a ‘busybody’