To make up with Buhari 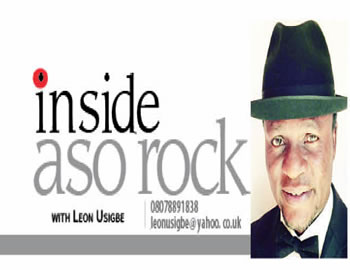 IT’S trite to say that the Nigerian president is one of the most visible world leaders in terms of concentration of powers in his hands. It’s been said that his powers are unwieldy. He has sweeping authority on almost everything under the sun. People deify him and strive not to fall to the wrong side of him. Hence, one of the biggest industry in the country is sycophancy. Just listen to officials of government talk. It will seem that they are almost incapable of thinking for themselves. It’s always “the president said this or the president wants that.”  Nobody wants to get out from what they think will impress the president. So, in Nigeria, rather than a chief servant, the president is viewed as a demigod at the helms of affairs.

This is not just about the present administration. I listened to Namadi Sambo talked at occasions as Vice President under President Goodluck Jonathan and he never seemed to have a mind of his own. It was all about Jonathan and his government even though he was the number two man in the administration. Observers thought it was his way of demonstrating absolute loyalty to his principal. Of course, nobody will expect a Vice President to  openly indicate that he is not on the same page with the president but Sambo, a very humble personality, was very acquiescent in office. The trend has continued in this dispensation across board.

Even before he became president, Muhammadu Buhari had a cult-like hero status in parts of the country and his fabled puritanical reputation and uncommon integrity catapulted him to national consciousness when there was the need to return the nation to the path of frugality. Ever since assuming power, everything has revolved around his ascetic personality except that what happened in the past has become a child’s play in terms of the miles officials of government are willing to chalk up to be in his good books.

Last Friday, Senate Leader, Muhammed Ali Ndume, led a select group of National Assembly Muslim members to the State House to observe Jumat prayers at the State House mosque with the president. At the end of the prayers, he told corespondents that the gesture was part of efforts to smoothen the Executive-Legislature relationship. They had to come to pray with Buhari in the Villa because the president has made it a policy to observe his Jumat prayers at the State House mosque. He does not go to the National mosque just a stone throw away ostensibly because of the disruption his movement may cause to the routines of other people on the route.

Ndume declared that their prayer with the present would be a frequent occurrence in the life of this administration. Therefore, we are going to see a steady flow of Muslim lawmakers to the Villa every Friday as they bid to work their ways into the president’s heart. His words: “We are trying to improve Executive and Legislature relationship. Part of the way is for few selected members of the National Assembly to join the President in prayers on Fridays. That is why we are here. As you can see, there are three members of the House of Representatives and three members of the Senate. You will be seeing more of this in the near future in order to cement our relationship.”

This raises critical questions among which is this. The Jumat prayers is a veritable opportunity for Muslim legislators to bond with the president but the National Assembly is made up of Muslims, Christians and possibly, atheists. If that is the case, what similar platform is available for others to make up with the president? The problem in the National Assembly is not an issue of lack of confidence between just the adherents of one religion and the president but the generality of its leadership and membership. So, it will require a wholesale mending if there is the need for such initiative.

But importantly, the legislators’ attitude is nothing short of arrant sycophancy at a time new budget padding controversy has brought their reputation to a new low. I don’t know whether this move is intended to mend the fissures arising from the budget padding or that of the emergence of a National Assembly leadership that supposedly fell short of the expectation of the president.

But coming to the Villa for eye service sessions will only scratch the surface of what is considered an open disobedience to party position or in the case of the budget, a systemic act of corruption. Without prejudice to the power of appropriation of the National Assembly, there is the need for fundamental adjustments to the way our commonwealth is superintended over and distributed. Rather than seeking to make up with the president in a superficial manner, this is a more viable way to demonstrate fidelity to the electorate who voted them into office as their representatives.

PDP NWC: Why we won’t insist on zoning —Makarfi