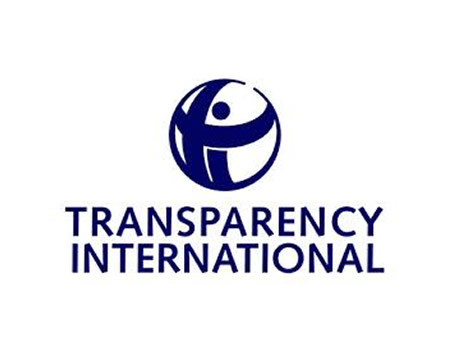 THE Centre for Social Justice, Equity and Transparency (CESJET) has said the Transparency International (TI) report on 2015 military spending in Nigeria lacks credibility and should not be regarded.

The group raised concern that Transparency International once recognized as a global powerhouse in the global war against corruption has now descended so low by allowing low heads and those with “political interests” to doctor its reports.

Addressing journalists at the weekend, CESJET Executive Secretary, Ikpa Isaac condemned in the strongest term the report, saying it lacked any sense of credibility

He lamented that with TI now descending this low, stakeholders in the social justice and anti-corruption war should be concerned.

Ikpa said CESJET after due diligence and investigation has confirmed that the so called $15 billion as defence budget or expenditure in 2015 didn’t even exist in the whole of the 2015 defence spending under the President Jonathan administration.

He wondered how possible a man can embezzle more than the nation’s annual budget, saying such could only have existed in the imagination of mischief makers who author fraudulent reports to please their clients.

He said, “The true intent of that report is to be seen in its recommendation for arms sales to Nigeria to be blocked. The other demands that appear punitive, like travel ban are icing meant to disguise the call for ban on weapon sales,” he said.

The CESJECT boss said Nigerians must rise up to resist this new plot just like it resisted the earlier plot by amnesty international.

Speaking further, Ikpa said, “We therefore want Nigerians to be on alert. Nigerians must recognize that a new plot to destabilize Nigeria has been launched and is being driven by Transparency International as opposed to Amnesty International that we all know.

“The plan involves starving the military of the needed equipment to fight the terrorists while creating other conditions that will allow Boko Haram bring back its fighters that are on the run while recruiting new ones. The same set of people that helped Amnesty International fabricate crooked reports are working on this project with Transparency International.

“The group is banking on its credential in anti-corruption field as something that will give Nigerians a false sense of assurance that it cannot be deployed for subversive activities that it is presently engaged in. This is why we are encouraging Nigerians to ask TI and its Nigerians runners questions.

Nigerians should take to the social media platforms of TI to demand that it explains how anti-corruption work translated into composing sanctions to be imposed on an institution that is crucial to stopping terrorists grown by its sister organization.

“It should answer question as to if it is able to enforce a corresponding arms embargo on the terrorists for the duration it wants other nations to stop selling weapons to Nigeria since it would be confirmed that the goal is to put the Nigerian state at a disadvantage if it has no plans to stop Boko Haram from procuring weapons at the time it is limiting the ability of the government to do same.

“It should let us know what it has been able to do about countries to which it has traced the money stolen from Nigeria since they are also culpable in the theft of public funds meant to buy weapons.