The Poet Goes The Distance

Arts and Culture
By Akintayo Abodunrin On Feb 7, 2021 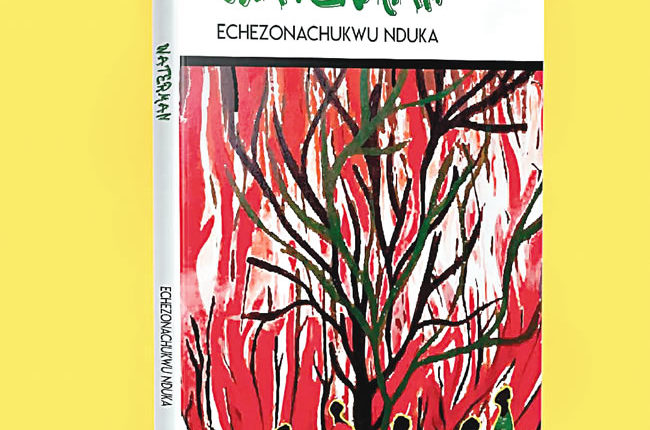 DEVOTION to poetry is a life sentence. Echezonachukwu Nduka is a lifer. In the prison of poetry, true lifers never ever struggle to earn any freedom whatsoever. They are in it, body and soul, blood and bone, forever. Echezonachukwu Nduka’s second collection of poetry, ‘Waterman’, has more than justified the high promise of his 2018 debut collection, ‘Chrysanthemums for Wide-eyed Ghosts’.

In ‘Chrysanthemums for Wide-eyed Ghosts’, Nduka won the attention of devotees of the poetic art with a seven-section rendition of musicality, meaning, morality, mortality and magic. He showcased a questing mind intent on going beyond the import of the moment into the higher realms.

A classical pianist who took degrees in Music from the University of Nigeria, Nsukka, and Kingston University, London, England, Nduka is a widely published and much-anthologized poet – the winner of the 2016 Korea-Nigeria Poetry Prize.

It is a twice-told matter in literature that a well-received first book is almost always a tough act to follow. Nduka belies this worry because Waterman manifests a marked proficiency over Chrysanthemums for Wide-eyed Ghosts.

Waterman is divided into three sections but the 58 poems can be read and enjoyed seamlessly. Nduka displays a softness of touch akin to the offerings of contemporary Nigerian poets such as Niyi Osundare, the recently deceased Harry Garuba, and Afam Akeh. His naturalness and sincerity shine forth, and there is no affectation whatsoever in the rendering of his words, lines and stanzas.

The innate innocence of Nduka greets one from the first poem, ‘The Child’, as he unburdens his mind thusly: “Standing in the hallway/is the child I wish to become.” Nduka’s comprehensive poet’s eye enlarges his engagement with society in the poem “Mahler”:

The drive of optimism in “Blooming” makes for a poet of blossom: “Take out the shrubs and plant me instead. There’ll be enough rain for songs on arrival.” The positivity never wavers until the end: “See now how I have become the flower for all seasons—/seizing the heat of this world with subtle laughter.”

Nduka does not refrain from asking the harder questions, as in “Border Wall’ that interrogates: ‘What if I had names for my losses at sea, would they have/been returned whole?”

Given the world’s recent experience with President Donald Trump, it is hip for Nduka’s poem ‘Piano & Coffee’ to denote: “And when the president tells yet another lie/on TV,/I am forced to close the piano and check online for a new brand/of coffee.”

The Non-Governmental Organisations (NGOs) bring up the political brio of the poet in the three-part poem ‘NGO’ where it is acidly pointed out: “The lady from the NGO is at the door with her usual/box of lies. Africa is in the news as bloated bellies and/sunken eyes.” In the second section of the poem, the dichotomy of deceit is laid bare.

In the poem ‘The Dream I Thought I Had’, Nduka remarkably unburies the mourned poet who died in war but left his imprint on the skull of literally every Nigerian poet: ‘Okigbo on the piano conducts an army of singers/who stamp the earth with gusto, rifles pointing earthward—daring war to show its face again.’

The longest poem of the collection, ‘Transition’, comes in 10 cantos. Some excerpts here will do justice to Nduka’s major concerns as a scholar and a poet:

“What the old teacher said to me, young philosopher,/cannot be set to music. I am in a mansion full of books,/drowning in a pool of voices and theories trapped in pages./Who owns language?/Native speakers or aliens and new comers to the tongue?/The old teacher’s note now rekindles my doubts./Oh harmonic resonance of all unguarded hours, ride meto the precipice—but rock me back gently to sail across the changing seasons.”

Humour takes pride of place in Nduka’s renditions, as in the poem “He Bought His Death on Credit” that trolls: “To pay for one’s death with borrowed money,/there has to be a surety willing to cry for two whole years.”

The title poem ‘Waterman’ reignites for me the water essence in poetic tidings much like Christopher Okigbo deified Idoto and Gabriel Okara apotheosized River Nun. Water can put things apart only to put them together again, and poet Echezonachukwu Nduka knows the waves as he sings on paper:

“No one mentions how flood disrupted your birth./How rains welcomed themselves in the room where you lay /crying, legs up—craving warmth…/I won’t build a bridge across you for fear of sudden transitions./Waters take inventory of trespassers in cryptic tongues of air. /I’d rather wait on the riverbank and watch you flow and flow and  return.”

I have only taken here, in conclusion, portions of the opening and ending of the title poem “Waterman”, but the entire collection needs to be read in its wholeness to relish the métier of Echezonachukwu Nduka. The poems sound and mean well. The prolific Nduka is that one Nigerian young poet who is poised to go the poetic distance in sublime style.