THE AWOLOWO-KUKAH COMBO: Takeaways from an intellectual feast

By Toyin Falola, Distinguished Teaching Professor, The University of Texas at Austin 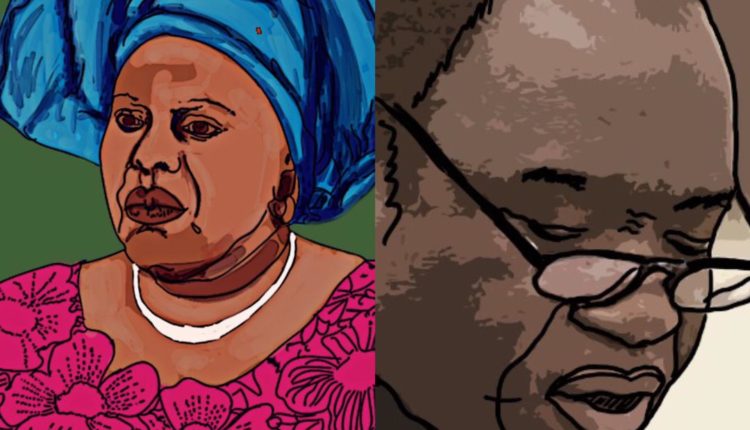 On March 6, 2021, Odia Ofeimun, celebrity public intellectual, gave the 2021 Obafemi Awolowo Lecture with key figures in attendance: Wole Soyinka as Chair, Chief Emeka Anyaoku as the Special Guest, and His Eminence, the Sultan of Sokoto, Sa’adu Abubakar, as the Royal Father of the Day. The members of the audience were star studded, including the former Emir of Kano, Sanusi Lamido Sanusi. Odia Ofeimun presented the grave dangers in our polity. The next day, on March 7, The Toyin Falola Interviews hosted Bishop Hassan Kukah, interviewed by prominent public figures (Ayisha Osori, Chido Onumah, Dapo Olorunyomi) and two talented graduate students, Ndidi Akahara and Paapa Nkrumah.

The context for both events was the same. The agenda of both were the same: to understand Nigerian politics at a time of anxiety. In this piece, I frame both the context and the solutions as inferred from the two back-to-back events, clearly unprecedented in the history of the country.

The year 2020 was terrible for Nigeria! As if the COVID-19 pandemic and its overbearing effects on the economy were not enough, there were kidnappings, herdsmen/farmer crises, the never-ending Boko Haram insurgency, and a series of deaths and harassment that culminated in the #EndSars movement. At the close of a truly trying year, there were revived hopes that the coming year would bring some sanity, at least. However, 2021 has only added its bit of ugliness to the dregs of the 2020 malaise. As we all know, #EndSars is much alive; kidnappings and extrajudicial killings by the state’s trigger-happy security network have not abated. There have been ethnic-targeted attacks on Orlu, incessant school raids in the North with hundreds of schoolchildren falling victims to kidnappers, and an added ugly incidence is in the increasing ethnic killings, especially in the recent conflict in Sasa, Ibadan. 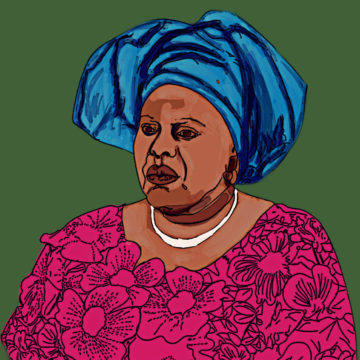 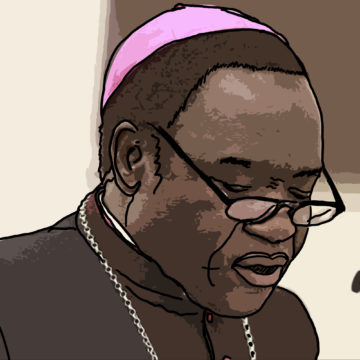 With this current rise in ethnic tension comes the predictable reaction—the call to dismantle the nation. In major conversations, the common threads are that Nigeria is not a country; it was never meant to be. It was an inconvenient marriage, and we should serve our divorce papers. The all-round crises have so much worn the people out that the clamor for a supposed last resort has become more intense than ever.

Many have stated loudly on the need to reclaim Biafra, warning the Igbo to withdraw home. The youth and adults alike have started aligning with the Biafran agenda. The demand for an Oduduwa Republic has become a mantra among many Yoruba—we have witnessed the rise of Sunday Igboho and his teeming supporters, the ultimatum in different parts of Southwestern Nigeria, and the more pronounced flag-bearing of an independent Yoruba nation.

The North has not been silent in these recent outbursts—the Arewa threatens revenge for the killing of their kinfolks in the South. At the heart of these invigorating clamors for a breakaway is the country’s jeunesse. The youth, attacked on all fronts by the multi-faceted problems of Nigeria and having not experienced the throes of the first attempt at a breakaway, are resolute that a decomposition of the country is the ultimate solution to the problems we face as a nation. Social media secessionist debates have been sparked; suddenly, everyone is more concerned about secession than ever before. It is in this light that we see a surge in the number of young Nigerians aligning with secessionist causes in different parts of the country.

While it is apt to consider the legitimacy of many of these ethnic groups’ premises, and while the increased clamors for a separation are understandable, the dismantling of Nigeria should not be a routine talk, considering a long history of secessionist movements in Africa, the complexities of each African country, and the plural nature of many of these countries. We have lessons from our own history to learn, albeit many have failed to be students of history. Should we fail to learn from our own past, we should know that even South Sudan, which would serve as a morale booster for the possibility of a breakaway, has also warned of the perils of such dangerous endeavors. Less than two years after its independence, South Sudan got itself entangled in a civil war triggered from among its presidential guards until it engulfed the entire state. The Eritrea-Ethiopia saga didn’t end well either—it took twenty years for the two to reconcile and agree to a lasting peace accord after the Eritrean War for Independence that lasted between 1988 and 2000.

Nigeria may be worse, and there are reasons that support this suspicion. First is that the country’s population is humongous, but there is also a repeatedly mistaken conception of its composition. It is not a country of three ethnic groups, but of over 250 diverse ethnic groups, each with a desire to control its resources and be politically autonomous. Components had previously collapsed, and there is a history that reveals the outcome. The mighty Oyo Empire fell to internal strives succeeded by more significant wars–the Batedo war, the Mugbamugba war, the Ijaiye war, the Ekiti-Parapo and the Egba—Ijebu wars. Northern Nigeria has always been one of the fratricidal internecine wars between Kano, Zaria, Kaduna, Gobir, etc. At the same time, the Igbo keep making distinctions among themselves and do not identify with an absolute cultural identity, let alone a political one; this is a major issue that Nnamdi Kanu still has to contend with. In the end, one will discover that the political authority at the federal level, albeit very fragile, is still the reason the crises across the country remains containable.

In some other corridors, there have been clamors for a restructuring that would see individual regions autonomously controlling their resources, though we would still share the unifying umbrella name called Nigeria. The issue with this school of thought is that the proponents also make the mistake of seeing Nigeria in a tri-dimensional light. It is virtually impossible for Nigeria to restructure and give autonomous power to its regions without witnessing gross marginalization of many ethnic groups. The first question is: how many regions can Nigeria be divided into to effectively cater to the diverse ethnic groups in the country? How will leadership positions be allotted in each region? In the absence of Federal Character, shall we adopt Regional Character? What shall be the scope of this Regional Character? Ogun State, one of the smallest states in the federated Nigeria, is a typical example of the many unending questions that make the thoughts of regional restructuring unpleasant to the rational ear. Ogun is ever bedeviled with never-ending precarious tensions among the Ijebu (with no love lost between Ijebu Ode and its neighbors, the Ijebu Remo) on one hand, and the Egba-Abeokuta and Egbado (and the Egbado and Awori) on the other.

The Nigerian malaise is not an illusion; it does exist. However, what we should ask ourselves is whether the pros of secession outweigh the cons, especially as matters peculiarly relate to the Nigerian nation. If the latter outweighs the former, then we must know that our solution lies not in secession but in inward reflection. Let us study the peculiarities of our nation to address the problems militating against the country.

We cannot continue to live together precariously, longing for each other’s throats and thirsty for each other’s blood, with open-declaration secessionist threats. There is a reason why humans are touted to be the most rational of all living beings—it is our ability to reflect, weigh options, reconsider and realign. Secession seems not to be the solution for Nigeria, at least, not yet. Ironically, even the United States of America moved from confederation, a form of proposed restructuring that many Nigerians are asking for, to a strong unified nation based on federalism. Therefore, we call for urgent matching and sustainable solutions:

The current crisis is caused by self-destruction, failure to bring development to the people, careless policing, and a lack of transparency and accountability at all government levels. Disunity will lead to more violent tendencies, which may end in wars that might tear the country apart. The ethnic composition and the reality of socio-political and economic disaffections among minority groups do not harbor well for a fratricidal war. We could achieve more of national unity with a constitutional review that promotes citizenship, patriotism and belongingness than the parochially negative and divisive federal character that subjects one’s rights and entitlements and national stake and cake to one’s ancestral local government of origin. We need such a Constitution that allows Nigerians to hold political appointments in the Americas and Europe and to become Members of Parliaments in the United Kingdom. We can beat the drums of peace, not to postpone our evil days, but to lay the foundation of a strong, just, and blessed nation.