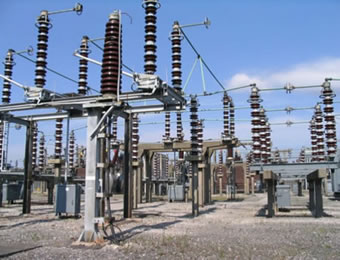 The management of Transmission Company of Nigeria (TCN) has said it will focus on three “quick win” projects in an attempt to enhance transmission capacity and increase transmission charges by N700million.

The company also said it will adopt measures that will avert future system collapse and enhance improved service delivery to electricity distribution companies and consumers in the country.

The company stated this in a communiqué at the end of a-day management retreat, with the theme ‘The Way Forward.’ Vital issues affecting the sector were considered and resolutions were made to tackle challenges bedevilling adequate power generation and distribution in the country.

The TCN said it had the capacity to wheel maximum generation from Generating Companies (Gencos) to Distribution Companies (Discos) and would continue to work tirelessly to further expand its grid capacity to ensure that it continued to surpass the generation curve.

“Although the grid stability is presently impaired, due to lack of adequate generation, TCN would continue to work at averting the collapse of the system.

Three specific short term projects were identified as ‘quick win’ projects that should be completed with the least amount of money and yet have maximum impact on the transmission network. These quick win projects would be given highest priority attention in order to improve the network and increase return on investment.

Meanwhile, the company said within a period of six months, critical and international 330kV lines would be maintained to ensure system stability and revenue earnings.

The company said these projects when completed, would increase its wheeling charges by over N700million.

The management also came up with a decision to urgently empower the regions, increase their autonomy and set performance measuring parameters by introducing the Key Performance Indicators (KPI) through which they can be monitored and held accountable for any poor service delivery to the consumers.

Also, the company stated that a change management process would also be instituted to address staff attitude to work, remove bottlenecks in TCNs payment process, identify and close skill gaps through staff training with emphasis on on-the-job training.

Of govt and interference in varsity administration