Supreme Court judgment: This is another June 12 ― Owolade 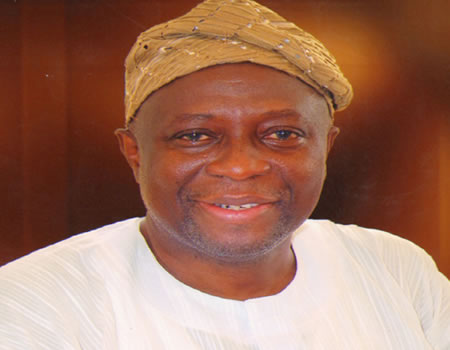 A member of the legal team of senator Ademola Adeleke, Honourable Niyi Owolade has taken a swipe at the Supreme court over its judgment that affirmed Alhaji Gboyega Oyetola as the governor of Osun State.

In a statement sent to Tribune Online hours after the split judgment by the apex court on the appeal brought by Oyetola to overturn the verdict of the Court of Appeal, Owolade likened the judgment as another version of June 12.

“I dare to say the majority of the Supreme Court goofed; in fact, it appears there’s more that catches the eye.

“It is pertinent to state that in a panel of seven justices of the Supreme Court (about half of the Court), no Justices was found suitable from the South-East, South-South and only one from the South-West comes from Lagos.

“Is it for obvious reasons? It is a sad day for Justice.  To me this is another version of June 12,” he claimed.”

The former deputy speaker of the Osun State house of Assembly observed that whereas the respondent did not raise an eyebrow over the absence of Justice Obiora at sitting of the Osun State Governorship Election Tribunal, five of the Justices relied on the issue to base their judgment.

According to Owolade, “It is trite that he, who alleges must prove the allegation. Chief Wole Olanipekun SAN counsel to the respondent did not file any affidavit to the effect that Justice Obiora was indeed absent from the proceedings of February 6, 2019. This would have allowed Justice Obiora and the secretary to the tribunal to respond with their own affidavit, so as to know the truly whether Justice Obiora attended or not.

“Yet, Justice Rhodes Vivour based his entire decision on this and the other four Justices (Justice Tanko Mohammed, Justice Sanusi, Justice Kekere-Ekun and Justice Abba Aji) agreed. However, Justice Akaahs and Justice Galinje disagreed.

“They both pointed out it is only a sworn affidavit by counsel for the respondents that could have shown the details.

“The duo went further after punching the absence scenario by stating the rationale for allowing the appeal. Justice Galinje stated categorically that Senator Ademola Adeleke had won the election to the office of governor of Osun State on September 22, 2018, in accordance with section 179 (2 )(a&b) of the Constitution of the Federal  Republic of Nigeria 1999.

“These two are the angel Guardians of the Constitution of the Federal Republic, which is the primary function of any Supreme Court. Justice Galinje stated that there was no reason whatsoever for the re-run of September 27, 2018. Section 179 2a&b of the Constitution of the Federal Republic has stated the provisions for the emergence of a Governor and that the returning officer does not have the power to order such rerun.”

He added: “All over the world, especially in Common Law jurisdictions, the Supreme Court usually stands as the guardian of the Constitution.

But unfortunately, in Nigeria, the Supreme Court of today will rather prefer to stand for technical issues rather than Justice and the Constitution of the Federal Republic of Nigeria of 1999 as amended.

Or how else do you explain the decision of the majority in the Supreme Court of today? Honourable Justice Rhodes Vivour, who read the lead judgment only dealt with the issue of Honourable Justice Obiora’s alleged absence from the tribunal proceedings on February 6 (only one day) as the only ratio for disallowing the appeal.”