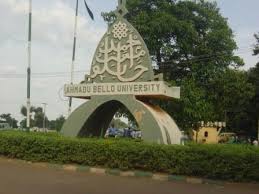 THE Ahmadu Bello University (ABU) chapter of Joint Unions of Universities, said on Tuesday they have withdrawn all essential services hitherto rendered at the institution in spite of their nationwide strike.

The News Agency of Nigeria (NAN) reports that three non-teaching staff unions said at a news briefing that the decision was taken after a congress meeting at ABU main campus in Samaru, Zaria.

“The strike declared on Dec. 10, 2017, was total, comprehensive and indefinite, that’s why we agree here that all forms of services being rendered by non-teaching staff should be withdrawn with immediate effect.

“It is sad to say that ABU management sees us as enemies and they have forgotten that we are also empowered to do whatever we are doing within the confines of the law.

“We are only fighting government because we have grievances; the government has terms of the settlement with us which it has not honoured.

“We are not fighting the management, we are only pressing for the implementation of those 12 terms of settlements government signed with JAC,” she said.

The women leader lamented that the management of ABU was using security personnel of the university, who happened to be members of the striking unions, to harass them.

“Under section 11 of the Trade Union Act, there are exemptions to who are not members of trade unions, but the security department is not among those listed in the Act; therefore, they are not exempted.

“They are our members, they are part and parcel of us because they pay their union dues to us but we decided to overlook and allow them to work.

“We allow them to stay in the office so that they can look and protect lives and property during the period of this strike.

“We thought that the management would have given us kudos by the position we took,” she said.

According to her, the security personnel would still be allowed to continue with their work, but that all other essential services including water supply will be withdrawn immediately.

Earlier during the congress meeting, the Acting Chairman, SSANU-ABU, Shu’aibu Halilu said that it was sad that some of their members were being compelled to come to work.

“Section 73 of the Labour Act had made it very clear that no person shall require any other person or permit any other person to be required to come and perform forced or Compulsory Labour.

“Such is contrary to section 34 (1c) of the constitution of the Federal Republic of Nigeria of 1999 as amended, so we are very covered by the law,” he said.

Halilu assured that any member of the unions who shunned the strike would be penalised.

He advised those who were compelled to work to report to the union for necessary action.

In his contribution, the NAAT Chairman, Hassan Garba said that non-teaching staff were not happy with the formula adopted for the sharing of N3 billion earned allowance released to the university.

According to him, more than 80 percent of the amount released by the Federal Government went to academic staff leaving the non-teaching staff with less than 20 percent.

He claimed that the federal government had admitted that the mistake was from them and promised to bridge the gap.