Spicy snail kebab for the season 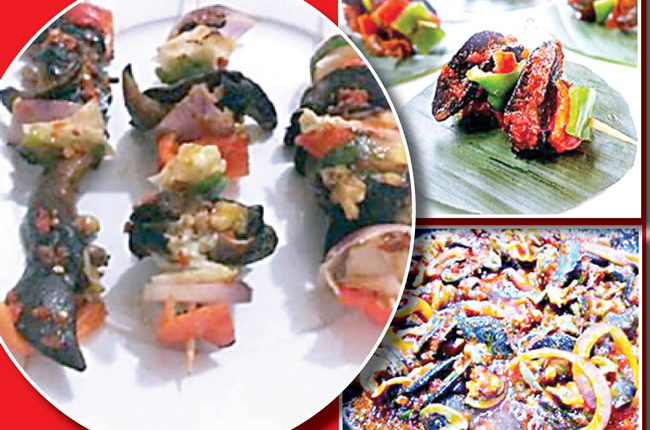 Snail kebab is made from fresh snails and some spicy ingredients. It is very easy to make and it is very popular at grills and chill spots.

So if you want to try making it yourself, then you just need to get these ingredients and have fun savouring the good taste of snails. There are two ways to make the taste distinct.

First, you can decide to roast the snails on the stick on a barbeque stand (just the replica of suya) or you can just make it by stir-frying the snail in hot oil before arranging in the kebab sticks.

To spice the snails, immerse all the snails chopped in dry pepper

Cut each snail into two halves

Taste for salt and other seasoning.

Drain out and leave to cool.

Arrange the crunchy but succulent smalls on a kebab stick, alternating it with squared green pepper, paprika and onions.

Repeat the process on a kebab stick for all the snails

Your snail kebab is ready!

Too many gaps in my teeth