Senate approval of Buhari’s N850bn loan request: Why the hues and cries?

PoliticsOpinions
By Ola Awoniyi On May 3, 2020 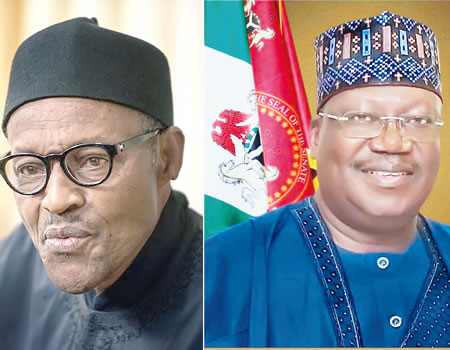 MY brother, Femi Adesina, the Special Adviser on Media and Publicity to the President, once observed that those who believe do not need further explanation, and neither do those who have made up their minds not to believe. I cannot agree more with Femi. Yet, to carry the people along on policymaking and implementation, government has to speak with them, whether the minds are open, hold strong views or are even prejudiced. That is the reason why communication is a key element in the governance process, more so in a democracy. Understanding the makeup of the polity is important in developing a communication strategy that effectively and regularly delivers the messages to all strata of the polity and minimizes the impact of mischievous cynics.

In line with Femi’s observation, getting some people to share a viewpoint with government is like forcing a horse to the river for a drink. Those may even take a further step away by misinforming others, oftentimes deliberately. This is a familiar scenario in our polity of late. It is scary, but one has to expect it from our adversarial politics.

The Senate at a special plenary on Tuesday, 28th April, 2020 gave its approval to a request by the executive to borrow N850 billion from the domestic capital market. The request as well as the legislative approval have since unsurprisingly drawn varied commentaries in the media.

The Senate had to break its suspension of plenary over the COVID-19 pandemic for the special session. This was because of the urgent need to provide legislative support to the Federal Government in tackling the pandemic and its socio-economic fallouts in Nigeria. Since its surreptitious arrival late last year in a corner of the globe, the ruthless virus has indiscriminately spread death and misery across the world, making nonsense of every plan of government and society in general for 2020 and the immediate future.  One of the most affected plans here is the 2020 Budget. Ironically, that budget was passed in earnest and with great enthusiasm last year by a National Assembly determined to institutionalize a new January-December fiscal cycle to improve the performance of our annual budgets.

At that special session of the Upper House on Tuesday, the Senate President, Ahmad Lawan, acknowledged four communications from the Executive. But the one that has quite understandably been of most public interest is the request for approval for the N850 billion borrowing plan from the domestic Capital Market.

The focus of this piece is not to debate the desirability or otherwise of the borrowing plan. Instead, it is to put the record straight and correct the misconception or distortion in the communication that the Senate approved a fresh loan request by the Executive. No, the Senate did no such thing!

The obvious intention of the purveyors of this misinformation is to solidify their mischievous caricature of the ninth Senate as a rubber stamp legislative chamber. Whatever is stated here will not dissuade such people but will at least set the record straight and alert the unwary to their recurrent mischief.

Of course, the ninth National Assembly is unapologetic about its commitment to working in harmony with the other arms of government in the overall best interest of the people they represent. Yes, this is a guiding philosophy of the Federal lawmakers. It is evident that there are people who are not comfortable with cooperation among arms of government, perhaps because of their understanding of the concepts of independence of the institutions and separation of powers. Some see democracy in action only when the arms and officials are fussing and fighting over every issue. They are wrong.

This segment of people has since seized the social and traditional media to portray the Senate as calling the Tuesday’s special session to “rubber stamp” a fresh loan request by the Executive. That portrayal takes the executive communication to the Senate and the subsequent approval completely out of context.

The letter reads in part: “The Senate may wish to note that External Borrowing from the International Capital Markets increases Nigeria’s External Reserves, provides access to lower cost and longer tenured funds, as well as avoids crowding out private sector borrowers who also wish to access the Domestic Capital Market. However, recent developments in the global economic environment, as a result of the coronavirus pandemic and decline in international oil prices, have made it less attractive to borrow from the International Capital Markets at this time.

“To ensure that there are adequate funds to finance critical projects and programmes in the 2020 Budget, I hereby seek the Senate’s approval, by resolution, to raise the N850 billion of New External Borrowing, in Naira, from the Domestic Capital Market, instead of from the International Capital Markets. However, it remains our intention to access the International Capital Markets when global conditions improve, to refinance the N850 billion of New Borrowing and optimise the benefits inherent in External Borrowing.”

The summary, therefore, is that the President only requested the approval of the Senate to vary the source of a loan which the Legislature had previously given him approval to obtain.

From this simple explanation, it becomes difficult to see how the Senate would have voted against a loan already contained in the 2020 Appropriation Act. How could Buhari have made a fresh request for a loan that is already in the 2020 Budget?

Buhari merely asked the lawmakers to allow him source the loan from the Domestic Capital Market, instead of from the International Capital Markets for which he had earlier secured their approval. Nothing more. Nothing less. So why are the critics faulting the wisdom of the Senate and its leadership in approving Buhari’s request in this critical period of battling the Ccoronavirus pandemic? This is certainly not the time or issue for the Legislature to pick a fight with the Executive. There is no basis for any dispute at all on this presidential request, unless we are to glamourise undue rascality. It is no secret that some people are actually waiting for such. In vain they will wait.

The Executive side has explained times without number why they are resorting to borrowing in this period. Revenue is dwindling, yet the infrastructure and other development deficits are widening. The population is expanding, increasing the demand for jobs and social services. These needs would not wait until government can generate the revenue by itself.

The coronavirus pandemic has only complicated the fiscal challenges for us here as for other countries across the world. Which is one of the reasons it made no sense to proceed with the initial plan to borrow offshore. The prediction has been strident that the world, including Nigeria, is yet again on the march to another recession.

Speaking for the Legislature, the Senate President has pledged thorough legislative oversight of the disbursement of all monies borrowed. Following every legislative approval for any borrowing plan, Lawan unfailingly reiterated the Legislature’s demand for accountability in spending. If such a pledge failed in the past, it will not in this dispensation. The lawmakers across the aisles realise that the Executive needs the necessary legislative support for Nigeria to weather the storms buffeting us and the rest of the world and they will continue to give it without compromising the independence of their institution and oversight role.

Our COVID-19 travails: How Nigerians are coping with hunger, cash crunch