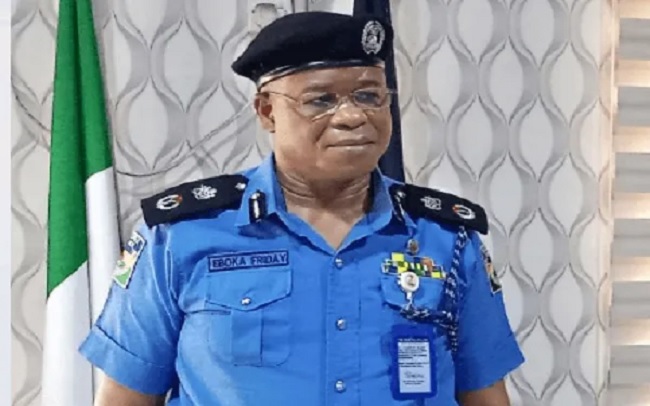 The Rivers State Commissioner of Police, CP Eboka, on Friday, ordered the dissolution of the Eagle Crack Squad.

The order to dissolve the squad was made Friday morning, according to the Commands Public Relations Officer SP, Nnamdi Omoni, who also stated that the squad had already been disbanded after a meeting with the Management Team.

The dissolution is coming on the heels of complaints of unprofessional conduct exhibited by the personnel of the unit.

Recall that the CP in his Maiden Press Briefing, on Tuesday, promised to address all cases of infractions by the police and increase supervision of the men, with a stern warning to deal with erring officers and hold DPOs/HODs vicariously liable.

“The dissolution is with immediate effect and all personnel attached to the unit are to report to the headquarters for redeployment.

“The public is hereby enjoined to rekindle their trust in the police, as the command is committed to giving them improved policing services that will stand the test of time,” the PPRO stated.

The E-Crack squad has been indicted of many cases of extortion, torture, brutality and extra-judicial murder with the Ikokwu 5 case of Chima Ikwunado, who died in the hands of the unit in 2020, being the most notable case in point.

And only Wednesday, a final year student of the University of Port Harcourt also narrated to a radio station how men of the unit extorted N150,000 from him under the false allegation that he was a Yahoo boy.

According to him, nemesis caught up with the E-Crack team when one of them forgot his mobile phone in his lodge, the phone which he tendered as evidence against the team.

The last time Nigeria recorded such a low figure was in the December 27 to January 2 week, when it reported 5,681 cases…Rivers CP disbands

The Federal Government is owing the university workers, under the National Association of Academic Technologists (NAAT), the Senior Staff Association of Nigerian Universities (SSANU) and the Non-Academic Union of Universities and Associated Institutions (NASU), over N150 billion earned allowances…Rivers CP disbands

(OPINION): EKITI 2022: Making a case for a new face with new ideas in state governance