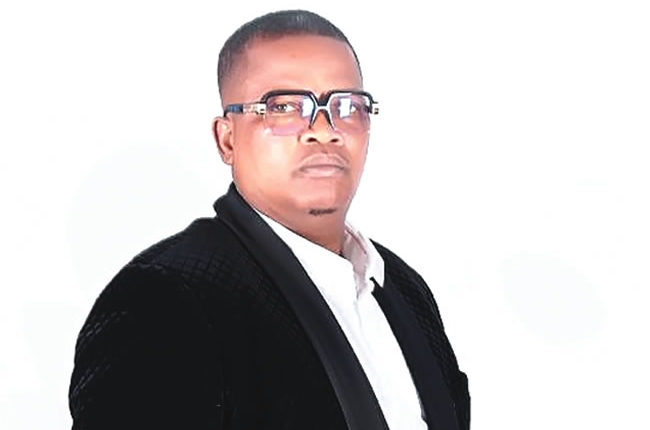 Mr. Bamidele Omosehin, the chief executive officer of NVX International Ltd, is an industrialist who canvasses support for the poor. In this interview, he speaks about how to make the ongoing industrialisation drive of the Ondo State government to benefit more indigenes and check poverty. Sulaimon Olanrewaju presents excerpts.

There has been general concern about the level of unemployment and poverty in the country. What do you have to say about the challenge?

Really, unemployment is not a new thing with us in Nigeria. There is no country that can claim to be free from it. Nigeria has never recorded the level we currently see, and it has serious consequences. Unemployment causes poverty, and poverty pushes many people to indulge in criminality in the struggle for survival.

The downturn in the economy has shot the unemployment level to unimaginable height, with many citizens now languishing in poverty. We must realise that hungry people pose a great threat to the security of life and property. They also constitute a threat to investment. Almost every household in Nigeria is facing this challenge. There are some families where you have more than three graduates of many years without a job. The earlier we see unemployment and poverty as the greatest challenges facing this country, the better for us all.

But the government at different levels can be seen making efforts to check the menace. Do you appreciate what they are doing?

Yes. We can see the Federal Government trying to take some jobless youths out of the street. The social investment programme is a welcome development and the engagement of 774,000 people, the N-Power scheme and others are laudable, but they are simply not enough in a population of over 200 million people. Though there is no way the government alone can engage everybody in terms of employment, we need to encourage them to do more. It is also the responsibility of the rich people among us and the corporate bodies to complement what the governments are doing because we are all, in one way or the other, considered as part of government. And this is the reason some of us who are averse to seeing our people sinking into poverty suggest solutions. As a man with unwavering knack for philanthropic services, I put my environment under surveillance and based on my findings, I suggest ways of improving on people’s lives. This is the reason I say that Ondo, my own State, can be better governed to check the rising unemployment level and poverty.

Ondo is an agrarian state that is also blessed with mineral deposits, with opportunities for, particularly, agro industries to spring up and become successful while such companies boost the revenue of the state government and provide employment. Ondo South used to be the industrial base, boosting the internally generated revenue of the state significantly and providing job opportunities.

The potential of the southern district to make the state one of the most developed in the country is still great, but most of the investments in the area that should turn around the government’s fortunes have been neglected for a long time. We must revive them, if we are really serious about transforming the state.

Don’t you think that the Akeredolu’s administration is already doing something in that direction with the industrial project at Ore?

I truly commend the move to boost industrialisation of the state as we can see with the Ore Industrial Park (OIP) where local and foreign companies operate on the basis of public private partnership. It is one project that is expected to empower people and provide jobs if faithfully implemented.

But revival of the moribund companies across the state should be a crucial part of the industrialization drive because of the myriad of opportunities they offer in their host communities. That is one way of deepening the current industrialisation plan. I am talking about the Alfa 3D Limited in Ikare Akoko, Ifon Ceramics Limited in Ifon, Nigeria – Romanian Wood Industry Limited (NIROWI) in Ondo, Oluwa Glass Company at Igbokoda and Okitipupa Oil Palm (OOPC) Plc in Okitipupa Local Government. In some of these companies, among others, lies the solution to unemployment and poverty in Ondo State.

Can you throw more light on this?

When these companies were in full operation, or before they went under, they provided employment for thousands of both skilled and unskilled people who earned salaries and were able to raise, sustain and develop their families. Crime rate was very low, and security of life and property was guaranteed to an extent. But when they were thrown out of work on account of the companies going under, they could no longer make enough money to do all these, and poverty set in. There must be conscious effort to revive all these companies for the industrialization drive to benefit more people. It does not require rocket science to do this.

To what extent do you think revival of the moribund firms can check unemployment and poverty?

It will make the industrial revolution widespread and beneficial to millions of our people. I can talk about OOPC in my local government, as an example. Reviving the company will be a great revolution in Ondo-South. One of the mistakes made with the company when it was fully in operation was that it was over-centralized. There are oil palm plantations occupying thousands of hectares of land in Igbotako, Ilutitun, Ikoya, Ode-Irele and other places. The plantation in each of these towns is large enough to constitute a separate company with its own palm oil processing factory. But what we had was a situation where palm fruits harvested in all these plantations in the far away towns were transported at great costs to Okitipupa for processing into red oil, kernel and other products. The truth is that, when the company was processing in Okitipupa, less than 30 per cent of the palm trees in the plantations were being harvested because the farms were too large for the factory in Okitipupa to cope with.

The companies should be revived for, at least, four separate companies to emerge, each in Igbotako, Ilutitun, Ikoya and Ode-Irele. Each of the companies will have its own management team, different relevant departments and a processing factory. To be more explicit, each company will need harvesters, carriers, factory workers, drivers, engineers, accountants, auditors, admin officials, agric experts, marketers, security men, health professionals and many others. You can imagine the number of jobs that will be up for grab and the impact on the economy of Ondo State.

The oil palm plantations are still there. The palm trees are still readily available, more and improved seedlings have been developed and the people to work in these plantations are in ample quantity. All that is needed is the political will to achieve this. Our leaders must stop this lazy attitude of going cap-in-hand every month to Abuja to collect stipends when the real wealth is deposited in their state. The current arrangements in which the farms are rented out to individuals to harvest and sell the palm fruits, and the company is being headed by politicians, is a disservice to the state. The same political will can be deployed to revive Oluwa Glass Company and others.

Are you aware that the state government is no longer the sole owner of some of the companies?

That should not be a hindrance to reviving them. By way of partnership with other stakeholders, the revival can be done. The government can even buy the shares held by private individuals and bodies. What should be our priority is the industrialisation drive to create employment, check poverty and boost revenue. In the glorious days of the OOPC, it was a company for all. It provided employment for people from across the state. The Ondo State Investment Corporation, Akure, recruited and deployed many of the middle-level and management staff to the company.

What motivated you to set up the Bamidele Omosehin Foundation and how does it impact your fellow citizens?

The motivation is rooted in the desire to assist other people. The truth is that the government can’t do everything for the people. As a man with an unwavering knack for philanthropic services, setting up the foundation is my little way of contributing to the growth of the society and putting smiles on the faces of the needy. I urge well-meaning Nigerians, blessed by God, to be compassionate and help others who are desperately in need of assistance, to make Nigeria a better place for all to live in.

Growing up was not a bed of roses. Today, as I look back to remember how the average kids like me from a modest family had to struggle to get the bare necessities of life at some point in our early years in life, I feel challenged. This really shaped my orientation about the hardship people face daily around us and all over the world. Eventually, it propelled me to set up the foundation, by the Grace of God, to genuinely help the downtrodden, widows, orphans and the less privileged. Part of the goal of the foundation is to ameliorate poverty and hardship. This is what we have started to do in our own little way, beginning in my local government, by giving scholarship to students who are willing to be educated but are financially handicapped. We also help the homeless and those struggling with medical bills in hospitals. We visit and take care of orphans and those with disabilities.

In what other ways do you plan to contribute to efforts at making life more meaningful to your people?

Obviously, my people need to be given a sense of belonging even as they suffer daily the vicious consequences of unemployment, inadequate health and educational facilities. I would work towards ameliorating the lopsided distribution of amenities in my area so that backward places would receive their fair shares.

This would certainly encourage the youths to stay put in my community and embrace agriculture as a means of livelihood, instead of running after elusive white-collar jobs in the cities. And if by providence I am called upon to serve my people at any capacity, I will not hesitate to give my best.

You are referred to as an apostle of better life for the poor. What birthed that appellation?

I hail from Iju-Odo in Okitipupa Local Government Area of Ondo State. I am a very proud Nigerian who preaches the time-honoured maxim of always being one’s brother’s keeper. Besides, I grew up loving my fellow human beings. I have instinct for making people around me happy and comfortable. And when they face any challenge, I try to see how I can be of assistance to them.