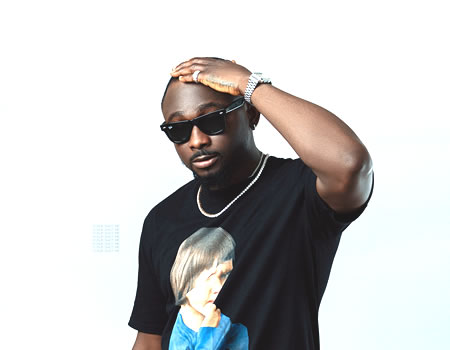 Contrary to the title of the song, Sean Tizzle’s latest jam is not contagious but rather sounds too regular to become a major hit record that the singer needs to bring back his glory days.

Nonetheless, the song, which is his third single this year was generously appreciated by his fans compared to his previous single titled ‘Lotto’ which was released a few months ago.

This assertion can be confirmed through the number of downloads and comments the new single has enjoyed from his fans via various website and social media platforms, within its few days of release.

Some years ago, Sean Tizzle, made a grand entry into the Nigerian music industry when he released his groundbreaking debut single ‘Sho Lee’ which earned him several awards back in 2013.

The single did not only top the music chart but also made him one of the most prominent artists back in the day.

His songwriting and vocal skills were close to flawless in that era.

Unfortunately, while 2013/2014 brought him unprecedented levels of success, 2015 was the year where everything he touched seemed to go wrong as several factors managed to outshine his genuine talent and phenomenal music.

One of the major keys in life is consistency and improvement in whatever one does but the singer has perhaps not been able to meet up with the highly competitive music business thereby truncating his relevance in the music industry.

When it comes to debut albums that have left a major impact like never before on the Nigerian music scene, Sean Tizzle’s ‘The Journey’ album released in 2014 cannot be replaced.

ALSO READ: Focus, Funding, keys to having to a great musical career ― Toby

The album had it all, from love anthems like ‘Perfect Gentleman’, ‘Igi Orombo’ and ‘Could This Be Love’ to hit records like ‘Loke Loke’, ‘Komole’, ‘Kilogbe’ and ‘Take It’.

Sean Tizzle’s music carrier at the time was nearly unmatched, every song was a hit, sadly, not every good movie usually has the expected happy ending.

In recent times the Nigerian music industry has been saturated with lots of music artiste, those who are musically talented and those in it for the money and fame.

Therefore as an artist, one needs to remain hardworking and dedicated in order to remain consistent and relevant in the music industry.

In light of this, any artiste who does not step up his or her game will be left behind because the music industry is now highly competitive.

It is clear that artists like 2baba, Wizkid, Olamide, Davido, among others are constantly working hard at their craft to remain relevant in the music business.

Arguably, Sean Tizzle over the years has been described by some music lovers as a ‘one-hit-wonder’ artiste because he lacks consistency and has churned out some underrated songs.

This is far from the times he used to put out hit songs years back that got him nominated for several awards including Headies Awards, Nigerian music video Award, Nigerian Media Award and Caribbean African American Nations Award back in 2013/2014.

On the new single ‘Contagious’, the singer talks about his admiration for a lady describing it as infectious. The lyrical content, rhythm, sound and production are very regular and have no distinct quality.

Without a doubt, Sean Tizzle is a good musician and one of the most creative voices the Nigerian music industry can boast of. However, it may take more than ‘fire music’ to get him back on the glory horse he once rode on.

Nevertheless, Sean Tizzle has proven himself to be the ‘Afropop prince’ that he is. It is clear that he needs a little more push to get back on track.