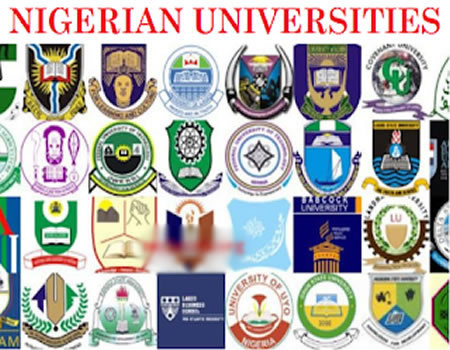 FOLLOWING the closure of universities on March 23 over concerns for safety amid the coronavirus pandemic, universities in the country, especially private ones, have been clamouring for reopening. In July, the Committee of Vice-Chancellors of Private Universities (CVCPU) forwarded a letter to the National Universities Commission (NUC) demanding the reopening of private universities for on-campus delivery of teaching and learning. The CVCPU noted that there would be serious distortion and damage in its academic calendar and resource base if the reopening of schools was prolonged beyond one month. It warned: “Ultimately, the preparation of our students for a productive future may be compromised and this will not augur well for a country that is still grappling with employment challenges for its graduates.”

The CVCPU added that considering the ample capacities in most of the hostels and classrooms in its universities, along with other facilities, it had developed a comprehensive plan that could enable its universities to reopen and operate safely within the ambit of the Covid-19 protocols enunciated by the government. As it noted, the central elements of this plan included advisory to parents, institutional initiatives, resumption modalities, fumigation, hand washing, hostel facilities and cafeterias and in-campus transportation. In reaction, the National Universities Commission (NUC) gave all the federal, state and private universities till Wednesday, August 5, to complete a template form showing their readiness to resume academic activities.

In a letter dated July 29 and addressed to the vice-chancellors of the 171 approved universities in the country, it observed that the Federal Ministry of Education had developed and circulated guidelines for school and learning facilities to provide the required support for the safe reopening of schools and resumption of academic activities. It added that it had developed a template to generate data on the preparedness of universities for possible reopening and resumption of academic activities amid the Covid-19 pandemic. As it noted, the template provided for data on physical facilities such as infrastructure, digital delivery, lecture theatres, halls and classrooms, laboratories, workshops, studies, and student accommodation. It added that universities were also required to indicate the measures put in place preparatory to the safe and hitch-free reopening of institutions in readiness for the commencement of full academic activities. In the meantime, the private universities have embraced virtual learning, continuing academic activities pending the reopening of schools.

In a subsequent update, the NUC said it was collecting data from universities to assess their readiness for resumption of academic activities, adding that efforts were also ongoing to resolve the strike by the Academic Staff Union of Universities (ASUU) which threatened to further delay their reopening. The Executive Secretary of NUC, Abubakar Rasheed, said this during a press conference on the contributions of Nigerian universities to the national response to Covid-19 in Abuja. According to him, universities not under ASUU’s watch could begin classes once they had put the necessary guidelines in place.

On their part, though, members of the Non-Academic Staff Union of Educational and Associated Institutions (NASU) and Senior Staff Association of Nigerian Universities (SSANU) said they would proceed on strike over unresolved issues with the Federal Government immediately the universities reopened. The unions’ grievances included the lingering Integrated Payroll and Personnel Information System (IPPIS) debacle, non-payment of arrears of earned allowances and minimum wage, alleged lack of seriousness by the Babalakin Committee renegotiating the 2009 FG/NASU, SSANU agreements, neglect and poor funding of state universities, and absence of visitation panels, among others. The unions’ position came after similar demands by the Academic Staff Union of Universities (ASUU), which commenced a warning strike on March 9 and declared an indefinite strike on March 23 over the non-payment of salaries of its members who failed to enroll into the Federal Government’s IPPIS, a payroll software mandated for all public officials.

Of a truth, the continuing closure of the universities is having a deleterious effect on students, many of whom have been idling away their time while others engage in casual labour and trading to survive, with a few others implicated in criminal activity. Worse still, the state of virtual learning, which could have been universally deployed to compensate for the absence of on-campus learning, is not encouraging. According to the NUC’s data, only 87 of Nigeria’s 170 universities are able to offer up to 24-hour Wi-Fi service to facilitate online learning, while only about 58.6 per cent of private universities are able to provide internet access to their staff and students 24 hours daily. With regard to federal universities, 58.1 percent can offer internet service for 24 hours. The state universities occupy the lowest rank scale, with only 38.6 per cent being able to offer 24-hour internet services.

In this regard, if only to get students back in the learning mood, the reopening of universities has become imperative. Nigerians are well aware of the poor state of the country’s education, and keeping students at home for too long will definitely prove too costly for the country. But there is a caveat: there must be safeguards in place. The universities must show demonstrable capacity to handle Covid-19 related emergencies. At the same time, the government must attend speedily to the demands of the academic and non-academic unions, while the unions must be willing to come to a compromise with the government given the realities of the Covid-19 economy. This is an integral part of the safety mechanisms that must be put in place.

In Zulum’s shoes, what else would you do?