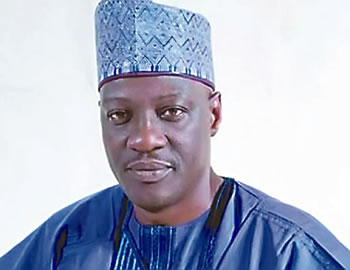 WORRIED by unabated insurgency occasioned by religious terrorism especially in north eastern part of the country, Governor Abdulfatah Ahmed of Kwara state has described use of religion to perpetuate acts of violence as rather unfortunate, given the emphasis placed on peace and justice by both religions.

Speaking at the close of the 31st national Qur’anic recitation competition in Ilorin at the weekend, Governor Ahmed said that it is the responsibility of all Nigerians to resist, through peaceful means, those who are bent on misrepresenting religion and fomenting conflict in its name.

The governor, who is married to a Deaconess, Mrs Omolewa Ahmed, said that his government was focused on sustaining peaceful co-existence, adding that he would continue to ensure peace and harmonious relationship based on principles of justice, fairness and equity.

The Governor said he remained committed to equitable distribution of infrastructure, socio-economic programmes, adding that no community in the state would be excluded from the benefits of prosperity on account of their religious or political inclinations.

Meanwhile, Governor Ahmed said the government had approved immediate construction of a befitting building to serve as Centre for Qur’anic Memorization in the state.

The governor, who lamented that only Kwara State was yet to have a Qur’anic Memorization Centre, especially among states in the Northern region, expressed hope that the construction would further improve on the core values and traditions of people of the state which is the teachings of Al-Quran.

This, he said, would further strengthen the enhancement of the teaching and learning of Arabic language under close supervision of the Kwara State Arabic Education Board led by the Chairman, Dr. AbdulKadir Salman.

It would be recalled that no fewer than 32 states of the federation including the FCT participated in the competition which witnessed the emergence of Aishat Musa Gale of Bauchi State in the female category while Ustaz Faisal from Zamfara in the male category as the overall winners respectively.

Earlier in his address, the Chairman of the Local Organizing Committee of KWARA 2017, Justice Idris Haroon (rtd) commended Governor Abdulfatah Ahmed for accepting the hosting right for the competition and expressed delight over the conducts of the contingents across the country which eventually led to the successful completion of exercise.

Justice Haroon however lauded the pivotal roles played by the Secretary to the State Government, Alhaji Isiaka Gold and the Chairman of the Kwara Arabic Education Board, Dr. AbulKadir Salman which gave Kwara State the opportunity of hosting the 31st National Qur’anic Recitation Competition through the Centre for Islamic Studies, Usmanu Danfodiyo University, and Sokoto.

Meanwhile, the Vice Chancellor of Usmanu Danfodiyo University, Sokoto, Professor Abdullahi Abdu Zuru, while delivering his address announced that Katsina State has been given the hosting right for the 32nd National Qur’anic Recitation Competition to come up next year.

Trump to speak with Buhari