Rape: No punishment too severe for rapists ― Adeboye

•Seeks corporate prayers against rapists across the globe 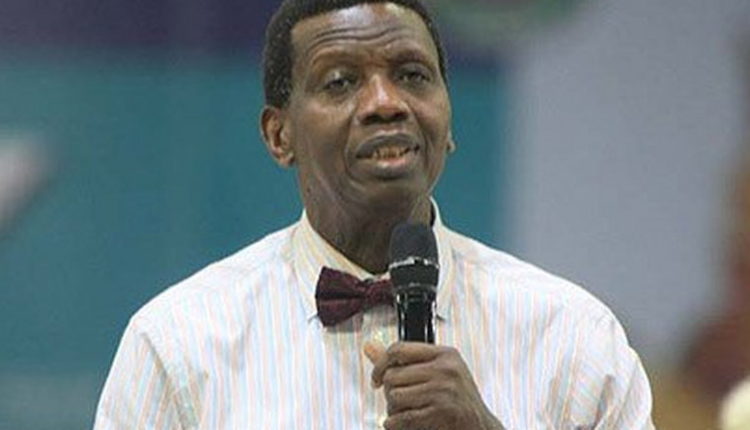 Amid a sudden recent surge in rape cases across the country, the General Overseer of the Redeemed Christian Church of God (RCCG), Pastor Enoch Adeboye, has said that no punishment given to rapists could be considered too severe.

Tribune Online reports that a 100-level student of the University of Benin (UNIBEN) and worker in RCCG Parish at Ikpoba Hill, Benin, Miss Vera Omozuwa, was, about three weeks ago, raped and murdered in the church auditorium where she had gone to study.

In roughly three minutes, 35 seconds clip on DOVE TV, the official television station of RCCG monitored on Sunday in Warri, Delta State, the renown cleric said though he abhorred death penalty, no punishment should be considered too harsh for a rapist.

In the clip titled, “Adeboye Condemns Criminal Act of Rape,” he said the act of rape created both physical and mental scars on the victims for the rest of their lives.

The one fondly called Daddy GO, therefore, vowed to continue intense prayers with his prayer warriors for the possible apprehension of those who raped and murdered the Omozuwa as well as other victims of rape across the globe.

The septuagenarian, who expressed serious pain over the killing of the RCCG chorister, also urged all Christians across the globe to join him in prayers so that all rapists in Nigeria and other nations of the world could be arrested and brought to speedy justice.

“I just want to put on record my humble opinion about the crime of rape. In my own opinion, there’s hardly any crime more grievous than that of rape.

“Maybe with the possible exception of murder. Because when you rape a girl, you put a scar on her, not only physically, but mentally. The scar that cannot be removed for the rest of her life.

“And I’m telling you there’s no pain that I know of that can compare to the pain of parents whose daughters have been raped.

“The girl that was raped and killed in Benin happened to be one of my daughters. And I’m telling you, I feel the pain seriously.

“And I want to put this on record: I want it put on record that both myself and my prayer warriors will not rest in prayers until the perpetrators of this evil are brought to justice.

“We will cry to the Almighty God, the One Who knows all things, to fish out these people.

“But not only those who raped my daughter and ended up killing her, but everyone who had ever committed rape particularly in Nigeria and even in all other nations of the world.

“I will cry to my God, the All-knowing God, to fish them all out so that they may face justice.

“As much as I hate the death sentence, because anyone who’s dead cannot be reached for salvation, I think every form of punishment that could be given to a rapist cannot be considered too severe.

“So, God helping me, I’ll keep on crying to God that anyone who’ll ever think of raping anybody again, the Almighty God will stop them before they can do so even if He has to take them away from this world to achieve that purpose.

“And I’m calling on every Christian all over the world to join please join me in praying this prayer. God bless you all,” the man of God prayed.

With N110m monthly, Jigawa Assembly has no reason to complain of insufficient funds ― Ex-speaker

With divine immunity, you don’t have to worry yourself about demonic attacks,…