The procedure of IVF 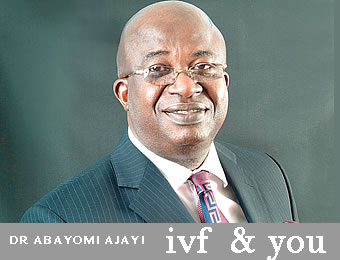 There is usually no need to be admitted in hospital for IVF. From commencement, after carrying out the relevant basic tests, a series of ultrasound scans leading up to egg collection, embryo transfer and the pregnancy test may take between four and six weeks.

Over five million babies have been born worldwide from IVF since 1978 when Louise Brown the first IVF baby was born. IVF does not work all the time however it has a good success rates depending on certain factors.

One of the factors that affect success rates is the woman’s age. Younger women generally have higher success rates than older women using their eggs so the earlier women embark on IVF, the better their chances of success.

It is generally a low risk procedure and generally goes well but like anything in life there are risks. Risk of the ovaries over reacting to the IVF drugs and causing some problems are possible but this is easily preventable in most cases and this condition called ovarian hyper stimulation syndrome (OHSS) is better prevented than treated. Risk of injuries to organs during egg collection can be prevented by ensuring qualified and trained personnel carry out the procedure and under ultrasound guidance.

There are risks of miscarriage or ectopic pregnancy just like in naturally conceived pregnancies. Risk of multiple births is higher in IVF for example twins, triplets etc however this can be controlled by limiting the number of embryos transferred back into the womb.

Any Dos and Don’ts?

Healthy living, healthy diet, moderate exercise, avoiding alcohol, cigarette smoking, stress around the time of your treatment are beneficial. The couple would usually be advised to avoid intercourse during the two weeks you are waiting for the pregnancy test after the embryo transfer.

The woman should also avoid other strenuous activity, swimming, hot baths or sauna but can usually resume normal daily activities 48 to 72 hours after the embryo transfer. She should generally take things easy the first 24 hours after the transfer.

Yes, very normal. In fact they may even more intelligent because usually they come from the best egg and sperm of their parents.

Sometimes a woman’s womb may be absent or be able to safely carry a baby till delivery. She may ‘rent’ a womb from another woman in a special arrangement called surrogacy. This must be legally and ethically done.

Meet Dr Olajide, a dentist with passion for books

The procedure of IVF