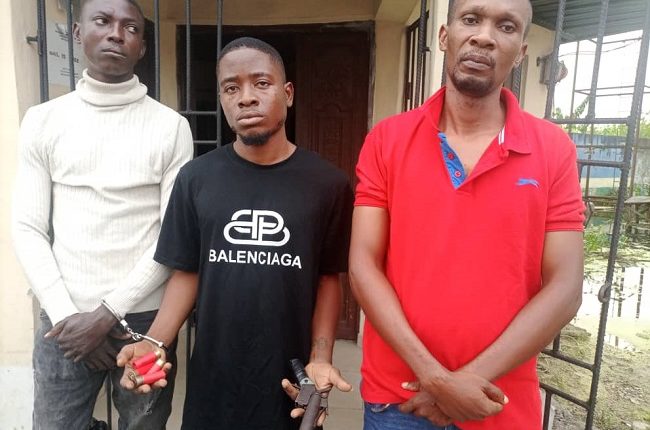 Operatives of the Delta State Police Command have arrested three suspects armed with a shotgun and cartridges in Warri.

In a statement issued by the Police Public Relations Officer (PPRO), DSP Bright Edafe, he said one of the suspects, Chukwuma Owoh, had confessed that he bought the gun from one Haruna of Hausa Quarters, Warri, adding that he was on his way to Pessu in search of some Aiye confraternity cult members who attacked his younger sister.

“The suspects are currently in custody and investigation is ongoing.