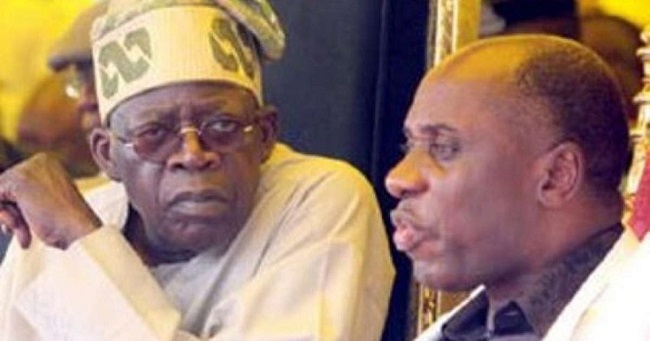 Amidst the indifference of certain power blocs in the ruling All Progressives Congress to the activities of the party presidential candidate, Senator Bola Ahmed Tinubu, a member of the APC National Working Committee has said concerned stakeholders including the presidential candidate himself are making frantic efforts to bring everybody on board.

Immediate past Director General of the Progressive Governors Forum and national vice Chairman, North West of the party, Salihu Lukman gave the pledge at the weekend while speaking with newsmen.

Nigerian Tribune checks revealed that some of the presidential aspirants who lost out in the power game for the ticket appeared to have distanced themselves from the activities of the party standard bearer, fuelling speculation of intrigues and cold war.

Further investigation revealed that certain chieftains who were in the vanguard of Tinubu campaigns for the ticket have since stayed away from public functions of the Tinubu Campaign Organization as a result of the single faith ticket.

Lukman who admitted that he could not speak authoritatively on development within the Tinubu camp however assured that the party leadership was equally concerned and would do everything possible to achieve a united front ahead next February general elections.

He said: “Honestly, I won’t lie to you. My understanding is that a number of the aspirants have been reconciled. I noticed that after the presidential convention, I noticed that the candidate moved from house to house, meeting people. I expect that the consultations going on about the composition of the campaign council , I expect that it involves a number of these people.

“But like I said because of the low party activities, speculations are high but most of the speculations may be unfounded but it can only be verified by the relevant actors. I am not part of the negotiations going on so I can’t talk authoritatively about it. But I believe, all the different aspirants are part of the process, they are being consulted and I am very confident that the campaign council that will be produced will accommodate everybody and everybody will be united.”

Lukman denied that lack of will on the part of President Muhammadu Buhari and the APC National Working Committee to discipline chieftains of the party who are openly campaigning against the Tinubu-Shettima ticket. He argued that it would be counterproductive for the ruling party to stifle the right of free speech of its members.

He said: “You see, this is the problem. It is either we want to respect the freedom or not. I think the most important thing is whether we want to allow freedom to be exercised rascally in a way that breaches agreements. What you just cited, emerged after agreements were produced. Now the same people who campaigned for the candidate to emerge in the first place, simply because their choices of running mate did not emerge become aggrieved against the candidate and against the party. Now you can hardly do anything about that, even if you have a president who is ready to now descend on everybody or even if you have a party that is willing to descend on everybody. What brought PDP to where it is today? It is that same problem and that is why they have reached a point of no return. Contest mean you and I will have basis of disagreement. Now, what is required is for democracy, whatever system we have in place, to have a way of ensuring that we are resolved in a way– that you if you win, accept that you win and if I lose, accept that you have won and we can work together.

“Now with all our challenges, we have been struggling to ensure some level of fair contest.”

Cybercrime: Convicted corps member a deterrent to others ― NYSC