Latest NewsTop News
By Jacob Segun Olatunji - Abuja On May 29, 2020 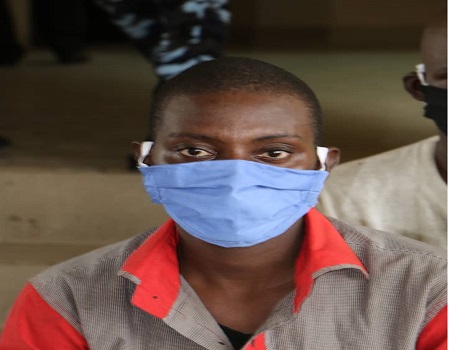 The Commissioner of Police in-charge of the Command, CP Bala Ciroma disclosed to Tribune Online in Abuja while parading the suspect along with 60 others arrested for various other criminal activities ranging from arm robbery, kidnapping, one-chance, incest to human trafficking.

CP Ciroma stated that the mentally stable suspect who was arrested at Lugbe, a suburb of Abuja had already confessed to having had carnal knowledge of her daughter on several occasions,

CP Ciroma also disclosed that in a related development Police operatives from Mpape arrested another 20 years old man for luring and forcefully having carnal knowledge with a six- years old boy.

According to him, “the suspect stated that he committed the unnatural act with the minor while they were swimming at a river in Mpape on a faithful day.

He also asked that the suspects would be arraigned in court upon the conclusion of an investigation into their matters.

According to him, ” the gang often scout for foreign ladies. The leader of the syndicate, Emmanuel Clement stated that he recruited other members of the syndicate to establish a formidable fraud network. Exhibit recovered are two (2) laptops and six (6) mobile phones.”

He further explained that on Sunday 24th May, this, the Police operatives from Anti-One Chance Unit investigating a case of child trafficking also arrested one John Griphin ‘m’ 47 years for bribing police detectives with ta sum of N200,000.

The CP who disclosed that the suspect offered the money to the investigators to put an end to the ongoing investigation. Instead of yielding to antics, said that the police officers act professionally; and collected the money, in turn, registered it as exhibit against the suspect

He added that investigation into a tip-off that a woman, now at large, was running a baby factory in the are was in progress as some collaborators of the fugitive suspect, have been arrested, and were helping out with the ongoing investigation.

In addition, he pointed out that the Police operatives also dismantled some hideouts used by the kidnapping syndicates in these areas while the exhibits recovered from the suspects include 17 rounds of live ammunition, four 4 Dane guns, one 1 locally made pistol, 4 mobile phones, 2 Military camouflage uniforms and caps, 1 Bajaj motorcycle, 5 voters card and two 2 sim-packs and cards.

According to him, “similarly, on 23rd May, this year, acting on a tip-off, operatives of the Command anti Kidnapping Squad stormed a kidnappers hideout located at Gusu Mountain in Kwali and rescued four victims of kidnap that were held as hostages

“The camp was dislodged in the course of the fierce encounter, some of the suspects escaped the scene with bullet injuries the Command is still on the trail of the suspects.

CP Ciroma who highlighted various strategies being taken to Police the Nation’s Capital Territory especially during the lockdown over the deadly coronavirus pandemic said ‘ I am pleased to inform FCT residents that the Command was making laudable progress in its ongoing fight against crime in FCT.