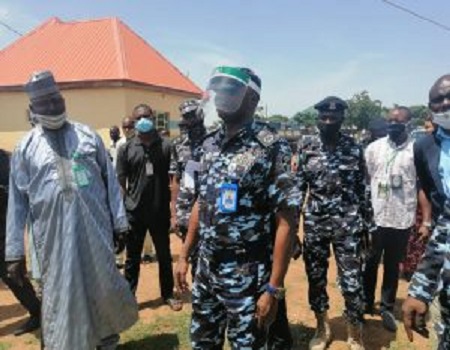 The command’s spokesman, ASP Mohammed Jalige, made the disclosure in a statement on Friday in Kaduna.

According to Jalige, officers, on Thursday at about 11:15 pm, intercepted a white Iveco Truck with Reg. No. DDM 167 AX, driven by one Abdulrazak Idris Malumfashi, along Western Byepass, Rigasa axis, Kaduna.

The truck, he said, heading to Lagos from Zaria, belonged to Sauki Fish Company Limited, Katsina.

He explained that the driver of the truck violated the restriction order on interstate non-essential movement by concealing 91 passengers, 24 goats, 14 motorcycles and 30 bags containing different items.

ALSO READ: The death of prominent members, is a big blow to North ― ACF

He, however, said that the passengers were being investigated and offenders would be prosecuted in accordance with Kaduna State Quarantine Act.

Jalige said the state Commissioner of Police, Umar Muri, has warned the general public to desist from violating the restriction of movement imposed by the Kaduna State Government.

He added: “The police are always on the thorough watch of every moving vehicle into and out of Kaduna state with a view to ensuring compliance.”

Why is the FX Market so volatile?