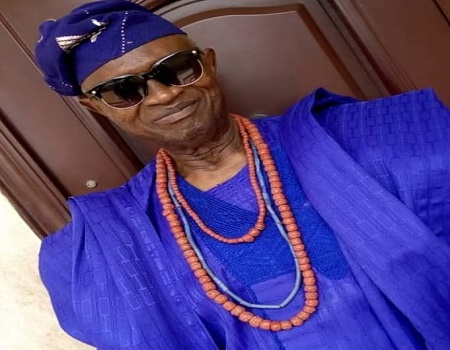 Elder statesman and one of the foremost political leaders in Oke-Ogun zone of Oyo state, Pa Salaudeen Adelere, is dead.

Throughout his lifetime, Olalere had forays into teaching, politics and community development efforts.

Adelere was a councillor and later a member of Oyo State House of Assembly during the regime of late governor Bola Ige.

Meanwhile, people of Oke-Ogun have started to mourn the passing of Olalere.

The former lawmaker representing Iseyin, Kajola, Itesiwaju and Iwajowa federal constituency, Honourable Abiodun Olasupo described the death of Adelere as a great loss to Iseyin and the state at large.

According to Abiodun, the late Pa Olalere bequeathed a politics of development to the progressive class.

“Baba would rather stick to his policy of the people first, before the individual.

“We youths in politics learned a lot from Baba Adelere as he was seen as a leading light that would want the best for the state, his community and his followers.

“He worked for the unity of the core progressive elements despite his age and till his death, we shall remember him for these,” Olasupo said.

Another former federal representative, Honourable Kola Olabiyi, said Adelere will be remembered for standing firm for good ideals as against politicians that were known for ‘selfish agenda.’

“Pa Adelere would rather go a separate way from the multitude when the sacred beliefs of the progressives, as instituted by the likes of late Chief Obafemi Awolowo and late Chief Bola Ige, are trampled upon. We will miss him,” he said.

Police Give Account Of How 21 People Were Killed In 2 LGs In Zamfara
Zamfara State police command has said 21 people were killed in attacks carried out in two local government areas of the state. This was contained in a statement signed by the police image-maker… Adelere Adelere Adelere AdelereRead full story