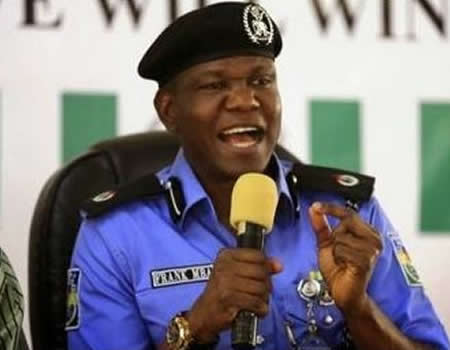 The Police, on Wednesday, said it had arrested 25 suspects in connection with the kidnapping, armed robbery, murder, cattle rustling, unlawful possession of weapons and other violent crimes across the country.

He said that a total of five AK47 rifles with magazines, live ammunition and a cash sum of N765,000 were recovered from the suspects.

Mba said the suspects had been linked to the offences by investigations conducted by detectives of the Nigeria Police.

Mba said that some members of a kidnap gang responsible for the kidnap and cruel murder of a 5-year-old girl, Farida Ibrahim in Kogi, had been arrested.

The Force spokesman said that the gang kidnapped the child and demanded N8millon ransom from the family that was obviously not rich to meet with the demand.

According to him, while the family struggle to negotiate, they contacted the police and before we could move into the case, get to the scene and effect arrest, they had murdered the girl and buried her.

The FPRO said the police had carried out the exhumation of the body and arrested some key suspects in connection with the case while some others were still at large.

He pledged the commitment of the Force to ensure that the fleeing suspects were arrested and brought to book.

Mba said that a 21-year-old suspect who operated as a lone kidnapper had also been arrested by detectives of the Nigeria Police in Zaria, Kaduna State.

ALSO READ: We are not doing COVID-19 vaccination but that of yellow fever, Bauchi agency clarifies

He said the suspect specialises in fishing out phone numbers of persons of interest in his locality, initiate calls to them, issues out the threat of imminent attack, kidnap and threat to their safety and security.

“Once he gets a person that is vulnerable, he goes ahead to mount pressure on the person and issue condition to avert the imminent threat.

“In this case, he initiated the call to his neighbour in Zaria, but unfortunately for him, the victim was smart enough to report the case to the police.

“Then the police worked very closely with the targeted victim and on the day he was expected to receive the ransom, he was picked up with a cash sum of N765,000,” the Force spokesman said.

Mba said that a 4-man kidnap gang terrorizing lecturers, students and other residents of the Ahmadu Bello University, Zaria, had been arrested.

The FPRO said the suspect had over the period kidnapped some lecturers in the university, collected ransom from them and inflicted both physical and psychological harm on members of the community.

He said the police had also arrested three suspects in connection with multiple kidnapping and collection of ransom from their victims in Niger.

“When one of the suspects was recruited into the gang, his job included the facilitation of recruitment of other able-body young men into the gang which he did perfectly.

“He helped the gang to recruit eight new members into the gang and helped them to identify potential victims, persons of interest that have the capacity to pay the ransom.

“One of the victims kidnapped by the gang is the father of one of the suspects. He identified his father for kidnap and when N2 million ransom was paid, he was given an extra share of N200,000,” Mba said.