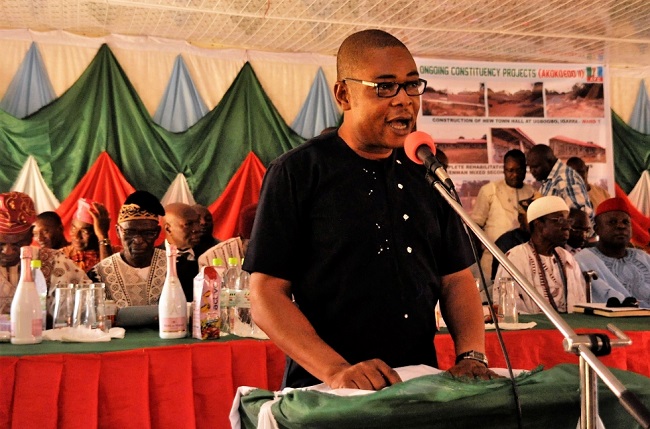 The lawmaker representing Akoko-Edo II constituency in the Edo State House of Assembly, Hon Emmanuel Agbaje, has condemned the recent killings in the local government area, during which two young men in his constituency; one in Ososo believed to have been stabbed to death and another in Igarra, who was reportedly shot during a masquerade festival.

The two killings, Tribune Online gathered, are currently under investigation by the Area Command and the Divisional Police Office both in Igarra headquarter of Akoko-Edo Local Government Area.

Reacting to the incidents, Agbaje, in a statement he personally endorsed on Wednesday, described the spate of violence in the locality as worrisome, even as he condoled with the families of the deceased.

“Within a span of 48hrs, two young promising men were brought down in the most gruesome manner. The first incident was at Ososo, a hitherto calm and peaceful community and the other at Igarra, the home center for all Akoko-Edo people and a land where peace and love is firmly rooted irrespective of the various sentiments we share and hold”, the lawmaker lamented.

According to him, “these two unfortunate occurrences are really shocking and highly condemnable. This indicates a clear departure from the culture and tradition of brotherhood and communal living enjoyed from generation to generation. There can be no justification for taking the life of another being, as such, no effort should be spared in pursuing the full course of justice.”

Agbaje commiserated with the bereaved families and communities and prayed to God to comfort them and give them strength at the low times.

He thereafter appealed to the conscience and reasoning of everyone who harboured violent tendencies to have a rethink and purge themselves of such.

“Violence in any form has never settled any issue. Violence leaves in its trail, destruction, pains and sorrow. It is unfortunate that this is happening at a time when humanity is facing the worst crisis of survival, too many lives are lost on a daily basis due to multiple causes yet we still can unnecessarily and deliberately waste human lives by our own hands,” he appealed.

He called the families and those who have information to support investigations into the killings.