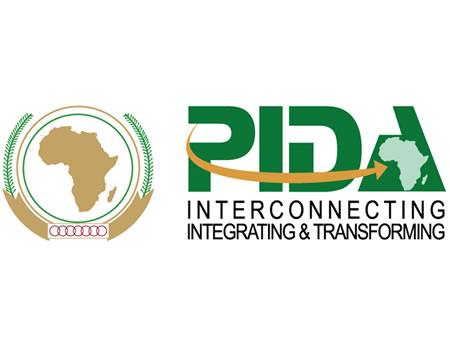 Accelerating solutions to Africa’s infrastructure gaps must be taken seriously if the continent is to realise the aspirations of its people as enshrined in the continent’s blueprint for development, Agenda 2063 and the global agenda for sustainable development.

Experts in infrastructure development in Nigeria, asked the relevant authorities, especially Federal Ministry of Power, Works and Housing, and the commissioners in every state to take cue from the conference resolution by making the best decisions for the people.

It will be recalled that ministers and delegates attended the fourth Programme for Infrastructure Development in Africa (PIDA) Week in Victoria Falls, Zimbabwe, after which a release signed by the Communications Section, urged African countries to act expeditiously.

The Zimbabwe’s State Minister for Matebeleland North Province, Richard Moyo, agreed that the acceleration would add impetus to the continent’s integration process.

“We need to have the right infrastructure mix and align our national infrastructural projects to the PIDA programme for collective gain,” he stated.

NEPAD Chief Executive Officer, Mr Ibrahim Assane Mayaki stressed the need to “continue holding a constructive dialogue with all the partners, including the private sector so that we can deliver concretely.”

For his part, the African Union’s Infrastructure Director, Mr Cheik Bedda emphasized the importance of good governance to promote infrastructural development that will positively impact the continent’s economies.

Representatives of the European Union and the GIZ, a major partner to NEPAD and its partners in the PIDA programme, also spoke in support of Africa’s quest for an integrated infrastructure network.

“Big change is on the way for Africa through PIDA and we have to stay the course. Huge investments are required for it to become a reality. We as GIZ are with you. There are also huge opportunities in terms of human capital as well for the continent at all levels,” said GIZ African Union Office Director, Ms Inge Baumgarten.

The meeting also noted the need to increase projects under construction from the current 32 to 50 percent if Africa is to achieve its developmental aspirations. Furthermore, the continent should create an enabling environment for the private sector to have space to buy into the continent’s key priority projects.

There was consensus on “bankable and smart infrastructure with cross border orientation”, which would propel socio-economic growth. Governments were urged to proactively involve all stakeholders, in particular communities to make the projects inclusive and true enablers for development.

They also pledged to launch and use the PIDA Job Creation Toolkit as a part of the package and means to attract and convince pertinent stakeholders, including financiers and development partners on the benefits of key PIDA priority projects in the construction phase.

They further recommended that PIDA PAP 2 (2020-2030) draws from the ongoing review and consultative process and ensure that it is has a realistic list of projects that should be inclusive of all sectors as well as a strong strategy to communicate progress on priority PIDA projects and facilitate sharing of lessons and experiences on the implementation of PIDA projects.

The partners, including the African Union Commission (AUC), NEPAD Agency, the African Development Bank (AfDB), and the Economic Commission for Africa (ECA), all vowed to continue working together to put in place sustainable capacity building mechanisms for key infrastructure sectors on the continent and to invest in efforts to accelerate development of key infrastructure projects.

In his comment, Dr. Sulaiman Hassan, a Project Development expert, who lives in Victoria Island, Lagos, said he wouldn’t be surprised, if African countries that participated at the event are executing the relevant aspects of the decisions with Nigeria doing nothing.

“Nigeria has been a signatory to many international conventions, but seldom act appropriately. Example is the Climate Change issue, where our leaders are behaving as if we are an Island insulated from negative impacts of changed in climate.

“Its only the Lagos State government under Mr. Babatunde Fashola that climate change issue was taken seriously. During the period, there were  annual conferences on climate change, where international communities usually present. But since he left office, nothing has been done”, said Hassan.

How we will tackle urbanisation challenges in Lagos — Sanwoolu