PDP has to change now or else… —Ex-Kogi Speaker 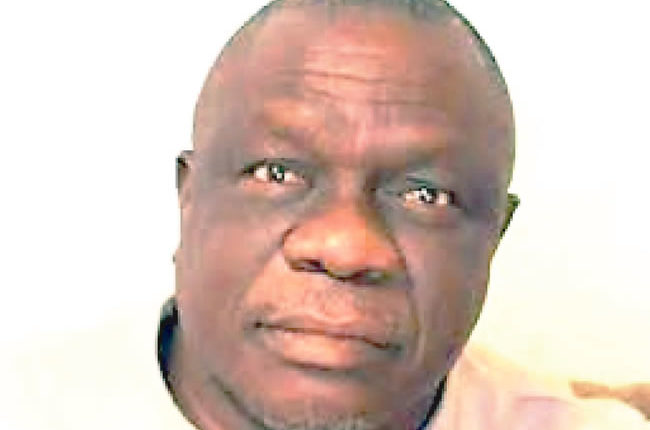 CHIEF Clarence Olafemi, a former Speaker, Kogi State House of Assembly, speaks to journalists,  including YEKINI JIMOH, on the current socioeconomic and political situations in the country.

What is your opinion about the current political situation in the country?

First of all, let me take this question from the background of my participation in politics. I joined active politics in 1977 when I left the university and was serving my fatherland through the NYSC scheme, but I became a full, active politician in 1979 when I became a card-carrying member of the defunct Unity Party of Nigeria (UPN). Through the party, I contested for a seat in the House of Representatives of Okun land then but lost. I took it in good faith because the party did not deny me the opportunity to go through the electoral processes of selecting a candidate, but they only conspired against me by shifting support and delegate selection towards my opponent and he defeated me by only one vote.

That time, the entire Okun land produced only one House member. After this incident, there were other regimes and the interference or incursion of the military into the nation’s governance that rested political activities for years.

After going through thick and thin, I have remained in politics till today: in the National Republican Convention (NRC) and the Social Democratic Party (SDP) which was formed by the military. I was the state deputy chairman of NRC for the whole old Kwara State. In 1991, I contested for the governorship of old Kwara shortly before Kogi State was created.

In Kogi State, I contested for the Senate governorship twice; I did not win, but the process was allowed to go the normal way. What is happening today in Nigerian politics that cuts across virtually all the political parties is the issue of impunity which is on the rise and has gotten to a point that it is being taken as part of electioneering process which is not correct in any way.

There is no where in the country’s constitution, for instance, where a party can lay a procedure to say this is how to select a candidate for an election. It is a party’s affairs, but during selections of candidates through primaries,  manipulation arises in the middle of the process and the powers that be within the party would pick people that did not participate in the process from the beginning.

This scenario happened to me when I aspired to contest for the Senate seat under the platform of the Peoples Democratic Party (PDP) in the last election. I indicated interest and went through all the processes with other aspirants, but the powers that be in the party truncated the process and gave automatic ticket to somebody who defected from All Progressives Congress (APC) to PDP not minding the fact that we the aspirants have been on the field for upward of two years.

The maneuvering was not done neatly. Imagine a serving House of Representatives member in the PDP was disqualified and they said he could not  contest for the Senate. How can you say that somebody like me who had been a minority leader, a former speaker and former  acting governor cannot contest for the Senate?

The most annoying aspect of the maneuvering was that no result of the purported primary election was released because they believed that it is only the party that can submit names of candidates to INEC.

Today, the person the party took his name to INEC for the Senate election is back home and the power of the party had diminished  because election within the party is no longer based on merit. So when people are blaming Ebonyi State governor for defecting from PDP to APC, I laughed,  because if the man should narrate his ordeal in the party, you will not blame him.

It was obvious that at the point of taking that decision, he felt the pain but that could be the only way out for him and the only way to retaliate the injustice meted on him by the leadership of the party.

Again, when some of us who were cheated in that election  decided to unanimously withdraw, we moved out of the party with our  supporters which, of course, weakened  the party.

Even those that decided to remain in PDP did not serve the party with open mind and utmost sincerity as required of party members and that was the result the party got during the 2015 presidential election where PDP lost to the opposition party because we could no longer stay in a party where there was no justice and equity.

What then is the way out?

The only way out of this doldrum is that the people who are being chosen as the national working committee members should be men of integrity. They should be people who will see truth and identify it as truth, not people who will put personal interest above the interest of the party and its members.

There are rooms for aggrieved persons to appeal within the party, but the leaders will set up appeal committees and  will not allow the committees to function accordingly because they want to endorse candidates through impunity.

Impunity destroys a party to its root because if you cut the leaf of a tree, it can grow, but if you cut the tap root, it will not survive and that is exactly what happened to a political party where impunity is very high like the PDP.

The way things are right now, PDP has to wake up, otherwise the party will be so inconsequential to the extent that another party will come up. It is evident that APC couldn’t have naturally won the 2015 presidential election if not that there was a huge crisis in PDP that gave rise to the emergence of the New-PDP.

The New-PDP, as as a result of impunity, left the party and APC capitalised on the crisis and bulldozed themselves into power. The solution to this problem is however not far to seek. Leaders should put the priority and the survival of the party over and above personal interests just like the way and manner Americans practise their democracy.

It is obvious that we need a reformed party administration. I have served as a speaker and I also served at the executive level as acting governor of Kogi State; so, whenever I am talking, I know what I am saying. If PDP did not wake up on time, this nation will become one party state though it may never happen, but if on the other hand it happens and Nigerians make proper use of the opportunity, it may be a way out for Nigeria to review or change  the constitution.

What if some political parties merge to form a new party?

That cannot be ruled out, but who will be their members? It is the aggrieved politicians from PDP and APC, which means transferring a new wine into an old wine skin.  This shows that the nation is only recycling politicians that have nothing to offer. Some people have served for several years; they have aged and depreciated both in intellectuality, capability and health and such categories of people still remain at the forefront of leadership even when they have nothing to offer the country.

As a former legislator, which area do you think the nation needs an electoral reform?

First, we should emulate the American system of government which we adopted half-way. Secondly, our voting process should be computerised; this will reduce corruption drastically and naturally scrap the State Independent Electoral Commissions (SIECs).

If we must take the local government as the third tier of government, then SIECs should be scrapped immediately.

How we can win war against terrorists —Don

Governance: We have allowed charlatans to lead us —Babangida Aliyu

Nigeria’s breaking point might be closer than we realise — Mabogunje