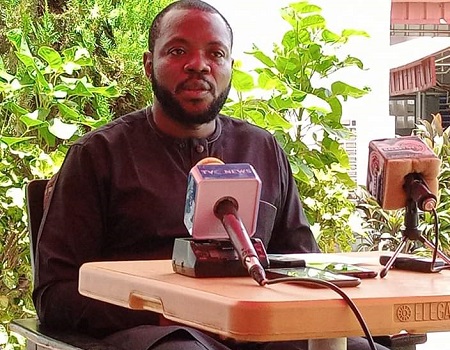 Candidate of the All Progressives Congress (APC) for Ibadan South East/Ibadan North-East Federal Constituency in the 2019 election, Mr Deji Aboderin has declared his defection to the Peoples Democratic Party (PDP).

Aboderin, who was Senior Special Assistant to former governor Abiola Ajimobi, made this disclosure while speaking with journalists in Ibadan, on Sunday.

Aboderin hinged his defection on the conspiracy against his candidature and victory at the 2019 polls by the leadership of the Oyo APC.

He particularly fingered the Oyo APC Chairman, Chief Akin Oke and Secretary, Mr Mojeed Olaoya for treating him badly and working against him.

Aboderin said the injustice meted out against him was typified in the APC supervising the voiding of his votes and removal of his name from those the party contested at the election petition tribunal.

According to Aboderin, the party’s hierarchy was usually opposed to any member of the party that was not part of the LAMIST group hence the opposition towards his candidature all the way.

Aside from the injustice meted at him by the APC, Aboderin said his love for the policies of Governor Seyi Makinde endeared him to join the Peoples Democratic Party (PDP).

“I believe all citizens especially the young people should support the current government. This young governor is doing well; he has done so many good things within a year, and there are ongoing projects.

“I believe in humanity, I believe that people should be empowered, I believe in free education which the governor is doing which he is pumping money into. I have consulted my constituency, my local government, my supporters and I hereby defect to PDP.

“I had issues with the APC. When I won the ticket to represent Ibadan North East/South East constituency, I had an issue with the Secretary, Mr Mojeed Olaoya and Chairman, Chief Akin Oke. “They never wanted me to be the candidate of APC and they vowed to make sure I don’t win that election. This is because they somebody else that they had an agreement with to support.

“On the election day, I saw what they did to my votes, by working against me whereas the Chairman and Secretary should be supporting all the candidates.

“We were planning to check North East to see what went wrong but suddenly the party called us for a meeting and said the party will go to court on our behalf.

“So I stepped down my lawyers since the party was going to court. I called the party to find out what was happening to my election petition and later found out that the party Secretary erased my name from those going to tribunal.

“I was shocked and it was late. I consulted my lawyer who told me that it was late to file the petition. I asked the party why just my name was removed but they didn’t give any tangible excuse.

“It showed that there was a conspiracy from day one for me to lose that election. And they also planned against me winning through the court,” Aboderin said.

Speaking further, Aboderin added that he was also enthralled at the humility and personality of Makinde hence his decision to dump APC for PDP.

The former Ajimobi aide pointed out that he joined the PDP, not in expectation of being given a portfolio but to offer advice and support for a young governor.

He, therefore, urged residents of Oyo state to remain patient with the Makinde government, avowing that residents will appreciate the current government better within the next two to three years.