Osun debt profile is no encumbrance to our development goals ― Alabi, deputy governor 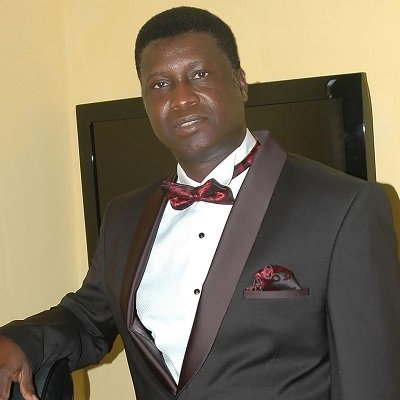 Osun State deputy governor, Benedict Alabi has said the state debt profile has never been an encumbrance to the development goals of the present administration in the state.

He spoke with newsmen at a book presentation, “Life of a Quintessential Engineer: Biography of Engineer Oluyemi Oguntominiyi,” the immediate past director of highways construction and rehabilitation. He was also acting permanent secretary, Federal Ministry of Works.

The deputy governor noted that the administration of Governor Gboyega Oyetola has embarked on massive infrastructural projects in the last two years to stimulate economic growth in the state.

He said: “The current administration in Osun State will be two years old in December and up till now, it has not owed a single month salary which is a deviation from the past. We have been engaging in massive road construction, schools are being renovated. In the last one year, the state has renovated and equipped most of the basic health centres.

“Out of 332 health centres, 315 have been completed and handed over to the various communities. We have been performing and our actions speak volume.”

He maintained that the administration has since seized the initiative to improve on Internally Generated Revenue, against the background of dwindling accruals from the Federation Account to the federating states.

“The state of Osun has great potentials. It is like a gold that is untapped. Last year November, we organised an economic and investment summit where we showcased the potentials of the state to the whole world. We rested on the three planks of Agriculture, Mining and Tourism where we have comparative advantages.

“In the last one year, if not for the COVID-19 Pandemic, 42 companies would have been established in the state of Osun. But as of now, we have 15. One was even inaugurated last week at Iragbiji area where the firm would convert cassava to ethanol. What we are trying to do is that we want to transform the state to an industrial state and to go into the exploration of our mineral resources.”

He described outgoing acting permanent secretary, Federal Ministry of Works, Engineer Oguntominiyi as a pride to his home state of Osun State.

“The celebrant is an Omoluwabi (virtuous individual) quintessential. He is a man who does not only believe in the dignity of labour but also believes in hard work. Above all, he loves God and that is why he is ending well. He only retired, but he is not tired.

“Author of the book, Engineer Nelson Olajide Olubakinde said he was motivated to write the book because of Engineer Oguntomiyi’s enviable virtues.

“His life is one of encouragement, I see in his life, the one that I want to live. That encouraged me.

“I like his pattern of life, his policy of getting things done in spite of challenges. He doesn’t believe that anything is impossible.

“One other virtue I saw in him is his calmness, his charisma. He encouraged us to grow. If you are hardworking, he encourages you to develop yourself. He is an epitome of good character.”

Engineer Olubakinde revealed that substantial proceeds from the sale of the books would be dedicated to a foundation, the Iwalewa Oguntominiyi Foundation.

The book reviewer, Professor Akin Alao of the Department of History, Obafemi Awolowo University, Ile Ife said “the book was more than an Odyssey of the celebrant but more of a material put together about a man with a conviction to move the society forward.

“The book testifies to God investment in the life of a man whose destiny and destination have impacted on the lives of men.

“He is not a leader of ten percenters, he isn’t a leader of rogues but a leader of men of impeccable character. He is always prepared to drain his brain blood for a cause or project that will move the human society forward. He has remained a team player with friends across the country.”