Oshiomhole mourns Imuekeme, says he was a good man 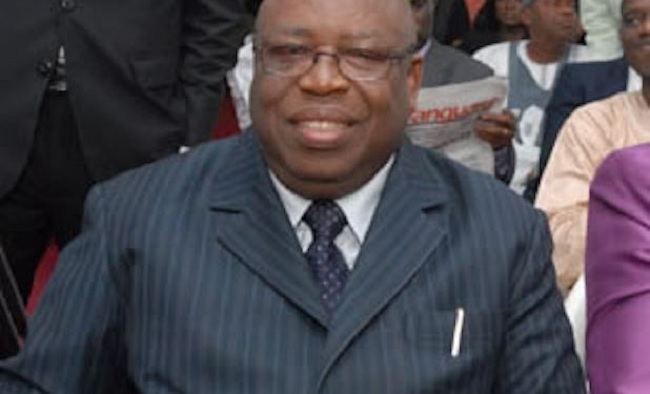 The immediate past National Chairman of the All Progressive Congress (APC), Comrade Adams Oshiomhole, has expressed shock at the death of the late Head of Service, HoS and Secretary to Edo State Government, SSG, Dr Simon Imuekemhe, describing him as a good man.

Dr Imuekheme who passed on at the age of 66 in Benin, on Thursday, served as both HoS and SSG under Oshiomhole, when the former labour leader held sway as Edo State governor between 2008 to 2016.

In a statement personally endorsed by the erstwhile APC National Chairman, Oshiomhole said that he received with shock, the sad news about the passing on to eternal glory of Dr Simon Imuekemhe, former Head of Service and Secretary to Edo State government.

“Dr Imuekemhe was a very good man, an outstanding personality who had an excellent career in the public service. He contributed immensely to the many successes recorded by my administration as governor of Edo State, by tirelessly offering his expertise and vast experience whenever he was called upon to serve.”

He noted that as a medical doctor turned technocrat, Imuekemhe “learned the ropes of the civil service, made a career out of it and excelled beyond expectations. His uncommon abilities propelled him to the highest career position as the head of service and subsequently as secretary to the state government. Even after his retirement, he remained a highly sought after personality volunteering his knowledge in support of the system whenever his services were needed.”

“It is noteworthy that he worked assiduously to introduce several far-reaching institutional reforms into the Edo State civil service, which enhanced productivity and afforded substantial benefits to the state’s workforce.

“As Secretary to the government during my first tenure as governor, he understood my vision and immediately keyed in to be part of it. His loyalty and commitment to this vision was never in doubt and coupled with his courage, boldness, intellectual depth, honesty, managerial capacity and experience, we were able to achieve so much in such a short period of time,” Oshiomhole eulogised.

While expressing his sincere condolences, the immediate family of the deceased, his Ikabigbo community in Etsako West Local Government Area, the Afemailand clan and the people of Edo State, the former governor prayed to God in his infinite mercy to send forth His grace upon the children he left behind and console them by the knowledge of the exemplary life that Dr Simon Imuekemhe lived.

Oshiomhole mourns Imuekeme, says he was a good man

The data also showed that the tally of 100 deaths last week shows there is a sharp increase when compared to the 69 deaths recorded in the previous week…Oshiomhole mourns Imuekeme, says he was a good man