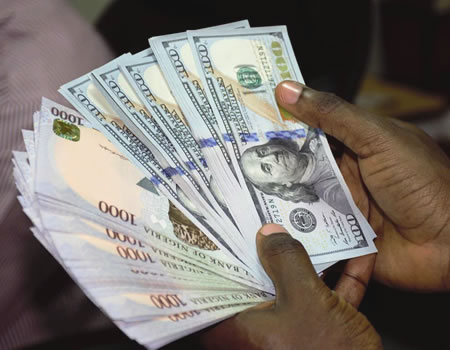 The Chairman of Bureau De Change (BDCs) operator in Sokoto State, Alhaji Aliyu Sahabi, has urged the Federal Government to subsidise fares being paid by intending Muslim and Christian pilgrims by 20 per cent.

Sahabi told newsmen in Sokoto on Sunday that the proposed gesture would make pilgrimages more affordable for intending Nigerians.

“Similarly, the Federal Government should approve a lower dollar exchange rate to the naira for prospective pilgrims as against the present N305 to the dollar.

“This high exchange rate is why the fares for the 2017 Muslim pilgrimage soared to over N 1.52million, hence, on the high side,” he said.

Sahabi also commended the Federal Government for releasing millions of dollars into the foreign exchange market in the country through the Central Bank of Nigeria (CBN).

He said his had helped in stabilising the market.

According to him, the happy development has also boosted the weekly supply of dollars to the operators from 5,000 dollars to 10,000 dollars, per week.

The chairman said: “This has made the exchange rate of the dollar to naira to hover between N362 and N 364, as we get routine supplies from the commercial banks at N 350.

“The bank should continue to monitor the activities of the commercial banks and the BDCs.

“I must also caution our members against conducting any illegal activities like dealing in faking currencies or aiding and abetting money laundering.”

Sahabi also applauded the Federal and Sokoto State Governments for the various developmental strides in the state and across the country.

He listed them to include the curtailing of insecurity and the sustained war against corruption by the Federal Government.

He, however, suggested that more efforts needed to be made by the Federal Government to turn around the nation’s economy.

Sahabi also advised Nigerians to continue to pray for President Muhammadu Buhari quick recovery so that he could return to Nigeria to continue his good works for Nigerians.

He also appealed to Nigerians to sustain their prayers for peace, unity and socioeconomic prosperity of Nigeria.

He lauded the Acting President, Prof. Yemi Osinbajo, on how he has been piloting the affairs of the country.