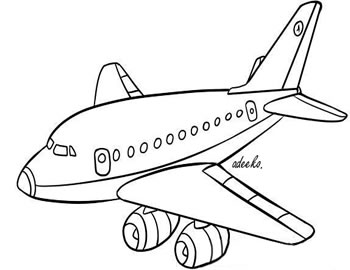 SINCE Nigeria gained its independence in 1960, the country has pursued a foreign policy with an alignment to the

West, with the exception in the periods of both late Generals Murtala Mohammed and Sani Abacha, which saw the country moving to the East. President Muhammadu Buhari, who assumed office about one year ago as a democratically-elected president of Nigeria, has taken some new directions in his administration’s foreign policy, largely in line with his party’s campaign manifesto, which promised the electorate that Nigeria’s national interest will guide his foreign policy, after which his administration will focus on the sub-region of West Africa.

True to the words of the president, immediately after taking oath of office, he wasted no time in embarking on a high level diplomatic mission to the Lake Chad countries to drum up support for the fight against insurgency, that nearly overwhelmed his predecessor’s administration. Worthy of note is that the president has not deviated from his three cardinal agenda (fight against insecurity, corruption, economy/job creation) even in his foreign policy implementation.

This can easily be tracked from the president’s foreign travels, which have to do with the fight against corruption and negotiations to repatriate Nigeria’s money stashed abroad back to the country, which have since been yielding results, to securing international commitment in the fight against terrorism, that has become a global phenomenon.

And finally, to finding ways of making Nigeria an economically viable country through diversification from oil dependency, and the increase in its technological advancement.

For all these efforts, the president was heavily-criticised by the opposition party and some pessimists, who do not seem to understand the importance of high level diplomacy. But he knew too well that a call to serve as the highest officer in the land would entail personal sacrifice of his comfort and that of his home. So, the president, for the first time in Nigeria’s foreign policy history, decided to try winging it from the left and to the right by embracing the West and the East (China) in order to achieve those three cardinal agendas he promised the country, hence the double edge sword of the foreign policy unleashed.

Missing in the criticism of President Buhari’s management of foreign policy is an analysis of the lessons learned, if any, from the interactions so far with the outside world. Without doubt, there is a surfeit of lessons to draw from these interactions. Take China, for instance, a country that has transformed itself from an agrarian economy to the second largest economy in the world in the past 30 years.
In 1978, China’s Gross Domestic Product (GDP) per capita stood at a mere US$200. By 2015, and with a population of about 1.3 billion, the country’s GDP per capita had jumped to US$18,000. How has China managed to achieve this quantum leap? It is a product of a combination of factors, such as purposeful leadership, clarity of vision, among others.

The unwavering commitment of President Buhari to the three priority areas that defined his electoral campaigns and now his first year in office is not in doubt. Needless to say, it is too early in a four-year term to subject this commitment to a negative analysis when he has only done a quarter of his journey as president.

China’s experience points to the invaluable role of national dedication to a defined goal, at the level of leadership and followership. National development cannot take place as a stop-go undertaking. All hands must be on deck and all eyes on the ball at all times. Failing this, there are bound to be bumpy or disastrous crashes along the way.
Again, we can see in China the place of discipline in all facets of national life. A strong leadership, coupled with a clear vision, commitment and dedication can, however, be undermined by the absence of discipline. No society can grow or thrive on the back of indiscipline.

Buhari has the onerous task of ensuring that in managing Nigeria’s affairs, he strikes the right balance between the domestic scene, that is characterised by myriad challenges, and what some analysts call internal contradictions, and an external environment that is competitive, dynamic, fluid and volatile at the same time. President Buhari does not cut the image of a movie or show-business star. But the adulation he receives wherever he goes stands him out as

Nigeria’s authentic and best brand in terms of character, integrity and truthfulness.
In this environment, Nigeria can ill-afford the luxury to remain in a cocoon or turn her back on the rest of the world in order to give comfort to critics whose appreciation of global geo-politics is either myopic or coloured by the sheer penchant to curtail a journey that has started so well and is yielding inestimable results.

It should be noted that under President Buhari’s watch, Nigeria’s foreign policy has reclaimed its traditional vibrancy, dynamism and purposefulness.