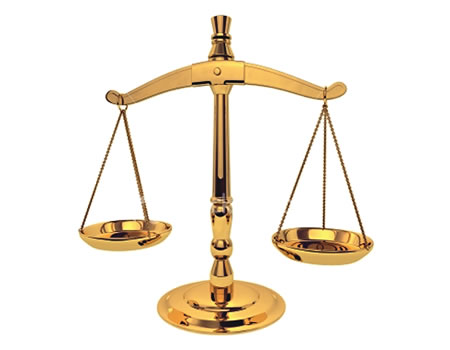 JUNGLE justice is one of the very many banes Nigeria is plagued with. The efforts by the government, the media and other non-governmental organisations to discourage people from participating in this unjustified public public execution of people seem unproductive. Even though section 33 of the Nigerian constitution clearly provides that no citizen shall be deprived of his/her right except in a manner excused by law, sad episodes of extra judicial killings still persists in the Nigerian society. Different people have being killed in unjustified circumstances. While some have survived to tell their stories, others have being lynched and burnt to death immediately. It is quite unfortunate that jungle justice, which is the unlawful killing of suspects in the most brutal manner, has become so common in Nigeria that Wikipedia mentioned it as one of the main countries where jungle justice is prevalent. It defines jungle justice or   mob justice as “a form of public extrajudicial killings in Sub-Saharan Africa, most notably Nigeria and Cameroon, where an alleged criminal is humiliated, beaten or summarily executed by a crowd or vigilantes.” It should be noted that those who commit this barbaric act called jungle justice, which is spreading like wildfire are no respecter of age, sex, religion, ethnicity, geographical location, gender or societal status. Men, women and children from various backgrounds have been victims of this criminal acts. Cases of jungle justice have resulted in the death of many individuals, some properly documented and others not.

Victims of these barbaric act are believed to have committed crimes that are as silly as stealing pepper or salt from a roadside shop or at a supermarket before being killed. There were reports some years ago about a seven-year-old boy who was beaten and burnt to death at Iganmu-Orile, Lagos, for stealing cassava flakes (gari). While he was being subjected to pain, others stood by and watched, taking pictures and filming. The horrific video is still available on the internet for all to see.  Similarly, a girl was allegedly caught stealing at Shoprite mall in Lagos, she was stripped naked and an iron rod was inserted into her private part. The lady was subjected to the worst possible treatment as she was sexually manhandled.  The fact remains that anybody can be a victim of jungle justice. It is not something that is peculiar to the poor, the rich or even the elite. An individual can be mistakenly identified and the next thing you know, people are already clamoring for his/her head.

In 2014, a lecturer was reportedly killed in Jos, the Plateau State capital by an irate mob for hitting three primary school pupils with his vehicle on his way to work. He went to report himself, but the mob dragged him out and lynched him.  The “Aluu four” lynching where Chiadika Biringa, Lloyd Toku Mike, Tekena Elkanah and Ugonna Obuzor were gruesomely murdered by vigilante groups over false thievery accusation reflects the danger and backwardness of jungle justice. Unfortunately, innocent people have also been victims of mob justice. It should be recalled that on July 21, 2013 Gabriel Nwainokpor, a 25-year-old final year student of Delta State University, Abraka, Delta State, was burnt alive alongside his friend Kazeem. They were mistaken for robbers at Ajara, Badagry.  However, one of the reasons jungle justice persists is that the police and courts have failed Nigerians in dealing with criminal cases and other cases they are constitutionally vested to handle. Often, the police have been accused of compromising justice; they have been shady in investigating and interrogating criminals. The court of law has often been lethargic in adjudicating cases and this has allowed criminal cases to forever linger in our society.

All these only favour the criminals who remain undeterred in the practice of criminality which ultimately frustrates law-abiding citizens of the country. Even with all the justifications given for mob action, it is still not the best way to address criminal or other cases. Even as justified and angry as the mob may be, they have no right to play judge, jury and executioner because it does not offer justifiable solution to an issue. The mob being ruled by the anger of the moment propels the taking of certain wrong decisions and then innocent lives is brought to an abrupt end. This is the reason mobs are not the best determinants of right or wrong. It is just an emotionally driven movement that ends up taking rash and wrong decisions. So, let the courts of justice and the Nigeria Police Force work hard to regain the confidence of the people in dealing with criminal activities. They need to create a system whereby criminals are not only appropriately punished but expeditiously put away. That way, they would save innocent people who are targeted by the mob and also ensure that the right thing is done. The citizens should also steer-clear of human rights violations and all manner of impunity and jungle justice. They should also report any criminal activities to relevant authorities.

Politics of border closure and task ahead of Buhari