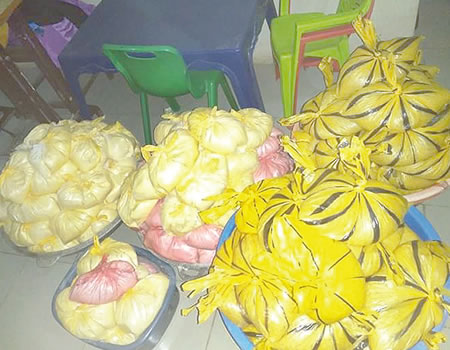 The need for nutrition stakeholders to put in place an effective monitoring strategy for distribution of Ready to Use Therapeutic Food (RUTF) to Centres for the Management of Acute Malnutrition (CMAM) to avert its diversion has been advocated.

That was part of the recommendations by the Nutrition stakeholders at the end of a one-day sensitization meeting organized by Civil Society Legislative Advocacy Centre (CISLAC) in collaboration with International Society of Media in Public Health (ISMPH) for CSOs and Media held in Bauchi.

Speaker of the State House of Assembly, Alhaji Abubakar Y Sulaiman who led other members of the Assembly to the meeting lamented the pathetic situation of the malnourished children stressing the need for an urgent action to save their lives.

The Speaker who could not hold back his emotions pledged the commitment of the legislative arm to ensuring transparent disbursement and lobby for the release of appropriated funds budgeted for nutrition issues in the state.

He then commended the organizers of the meeting saying it was an ẹyẹ opener for him to see first hand the terrible situation at the CMAM centres assuring that henceforth he will make it a routine to visit the Centers.

Executive Director of CISLAC, Auwal Musa Rafsanjani commended the Media and CSOs working in Bauchi State for holding the Executive and Legislative arms of government accountable in making adequate budgetary provision and releases of funds for the nutrition sector.

Auwal Rafsanjani who was represented by Bauchi officer of CISLAC, Muhammed Murtala also commended the State House of Assembly for championing the fight against severe acute malnutrition in the state.

The CISLAC Executive Director opined that with effective tracking by the CSOs and the Media corruption on the sector will be adequately tackled stressing that regular checking and monitoring are the only ingredients needed to ensure that RUTF got to the beneficiaries.

While speaking at the meeting, Senior Programme Manager of ISMPH, Solomon Dogo stressed the need for CSOs and the Media to serve as effective monitors of RUTF distribution and utilization to ensure that the commodity meant for the management of Severe of Acute Malnutrition (SAM) in children were not diverted but given out to the targeted end-users.

Solomon Dogo also called on the state government to as a matter of necessity strengthen its monitoring mechanism in order to be able to minimize diversion of the RUTF for the benefit of the malnourished children who are made to suffer anytime there was an out-of-stock situation of the commodity.

Before the meeting ended, the participants visited one of the CMAM Centers in Miri an outskirt of Bauchi metropolis where they interacted with parents and caregivers of malnourished children who were at the centre to receive the RUTF for their children.

The members expressed dismay over the pitiable condition of the clients and caregivers stressing the need for government to engage the health sector on the need to take urgent steps to salvage the situation.

Plan To Destabilise Nigeria Is Real — SSS
THE State Security Service (SSS), on Friday, insisted that there were plans by some unnamed notable personalities in the country to subvert the nation. In a statement made available to newsmen in Abuja by its spokesperson, Dr Peter Afunanaya, the service pointed out that part of the orchestrations of the…

Let’s use our resources to develop our region, Umahi tells South-East people